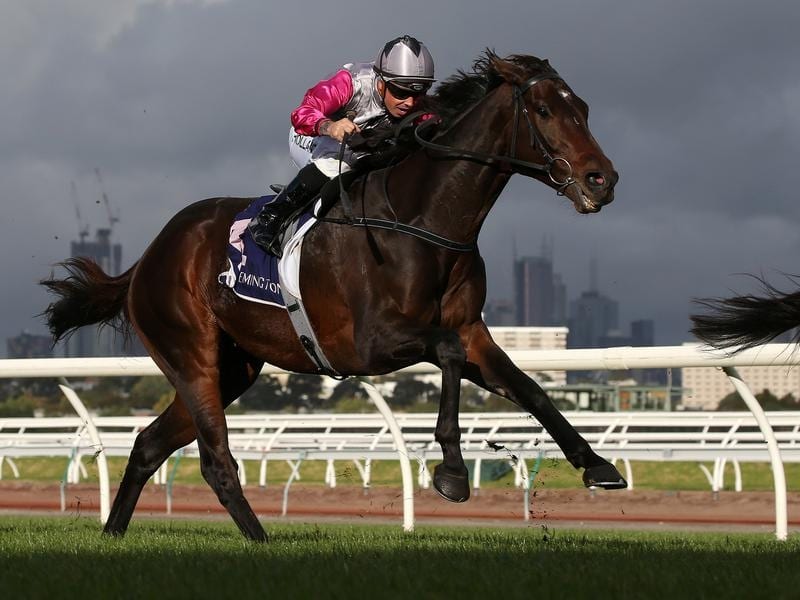 Ahead of Surprise Baby’s bid to secure a Melbourne Cup berth, the TAB has taken a big bet on the lightly raced local stayer to win Australia’s most famous race.

“The $10,000 wager on Surprise Baby is easily the biggest bet TAB has received on the winner of the 2019 Melbourne Cup,” TAB’s Trent Langskaill said.

Saturday’s Bart Cummings (2500m) at Flemington carries with it a ballot exemption to winner into the Melbourne Cup (3200m) on November 5.

Surprise Baby was the $2.40 favourite for The Bart Cummings on Friday, having opened $3 earlier this week.

Five-year-old Surprise Baby won the Group Two Adelaide Cup (3200m) in March at his sixth start and narrowly missed earning a free ticket to the Cup when he was beaten by Steel Prince in a tight finish to The Andrew Ramsden (2800m) at Flemington in May.

“He’s going super and I’m really looking forward to getting Saturday behind us and hopefully getting the ticket in,” Preusker said this week.

Seven-year-old gelding Etymology will be trying to give Godolphin trainer James Cummings his second-straight win in The Bart Cummings, a race named for his late grandfather.

“Avilius won this race last year to earn a start in the Melbourne Cup,” Cummings said.

“He’s no Avilius, but the same thinking applies.”

Cummings said he was forgiving of Etymology’s last-start ninth in the Naturalism Stakes at Caulfield and is hoping for a better showing at Flemington where the gelding has two wins and four placings from seven attempts.

“We have him trained up ideally for his first run back at a mile and a half this preparation,” Cummings said.