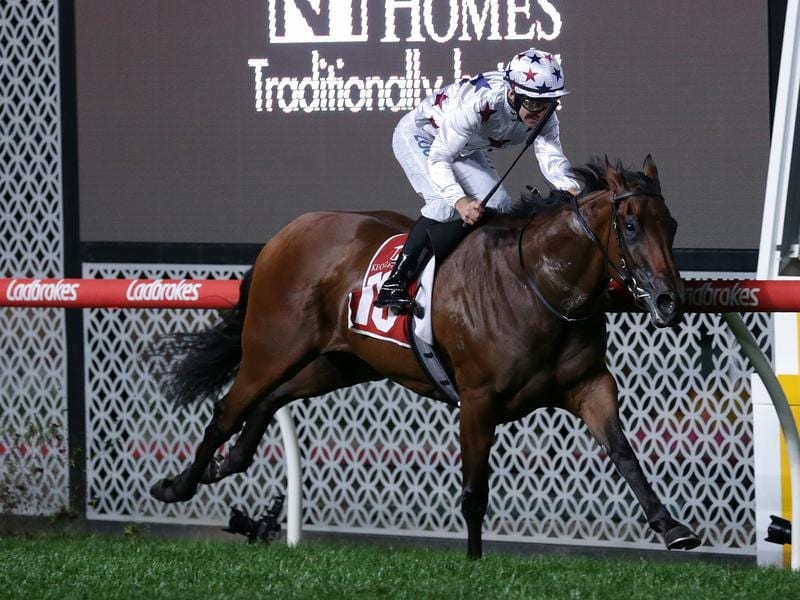 Sunlight has pleased trainer Tony McEvoy in a work-out ahead of a possible bid for a 4th G1 win.

Sunlight has pleased Tony McEvoy in a Gawler barrier trial but the trainer will monitor how the star filly comes through the hit-out before making a final decision on a start in the Group One TAB Classic.

Already a three-time Group One winner this season, Sunlight headlines nominations for Saturday week’s TAB Classic, registered as the Robert Sangster Stakes, for fillies and mares at Morphettville.

In preparation she had a 1000m-trial at Gawler on Friday, finishing a long neck behind stablemate Cool Passion who may also run in the 1200m-Group One race.

The David Jolly-trained Behemoth was another half-head away and that trio cleared out by more than eight lengths on the rest of the field.

“It was pretty good,” McEvoy said.

“She was just having a maintenance bit of work and she cruised around quite nicely. I was pretty pleased with her.

“If she comes out of this well, she will go to the TAB Classic.

“I said to the ownership group we’ll just trial her and then we’ll see how she comes out of it and make a decision early next week.”

Sunlight’s regular rider Luke Currie made the trip from Melbourne to put the filly through her paces.

“I think he was happy enough,” McEvoy said.

“She had a good blow, a healthy blow, which is why we trialled her because she is such a good doer. I thought he was quite pleased with her.”

McEvoy said the options for Cool Passion, who was fourth in the Group One Canterbury Stakes at her most recent start, were either the TAB Classic or the Group Three McKay Stakes (1100m) on the same program.

“We’ll see what her owners want to do,” McEvoy said.

“But she went quite nicely this morning.”

Sunlight is the $2.20 favourite in the sponsor’s fixed odds all-in market for the TAB Classic with Spright next at $8.