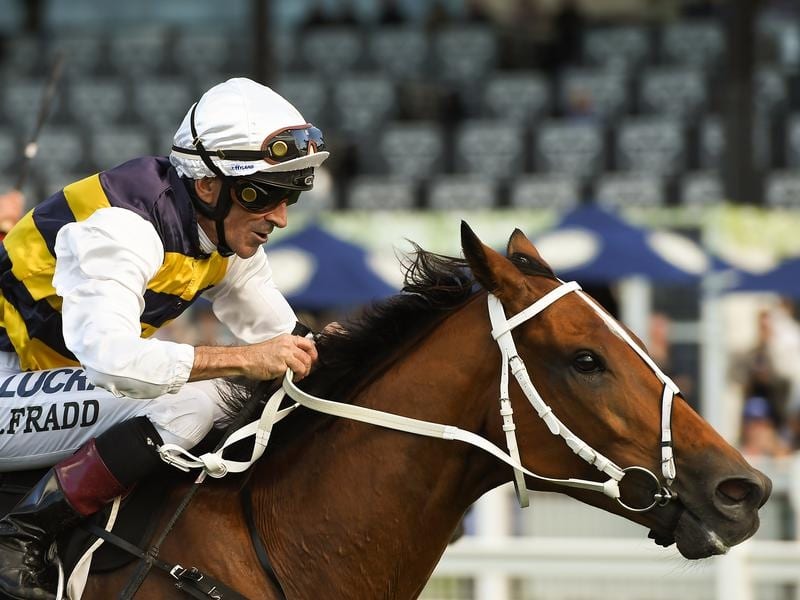 Le Juge will have a new rider at Eagle Farm with Blake Shinn replacing the suspended Robbie Fradd.

Top Sydney jockey Blake Shinn has several key rides in feature races at Eagle Farm but may be under the most pressure in the Open Handicap.

Shinn is basing himself in Queensland for the winter and has picked up the ride on consistent Le Juge in Saturday’s 1800m-race.

It will be his task to prove Le Juge is not just a one-jockey horse when he replaces the suspended Robbie Fradd who has an exceptional strike-rate on Le Juge.

The six-year-old has had a varied career winning at Deauville and Chantilly in France as a late two-year-old and early three-year-old.

He failed to win in 13 more starts in France although he was Listed placed before being bought by the OTI syndicate to race in Australia.

Le Juge failed to run a place in his six starts in Melbourne and Sydney before trainer Chris Waller elected to send him north to his Gold Coast stable.

He was again beaten out of the place at his first start in Queensland with Jamie Kah in the saddle in early December.

Since then Le Juge has had seven starts, all with Fradd in the saddle, for five wins and two thirds reaping $166,000 prize money.

“He has been so consistent and Robbie does have the key to him,” Shailer said.

“But I think Blake will suit him as he is a patient rider and that is the key to Le Juge.”