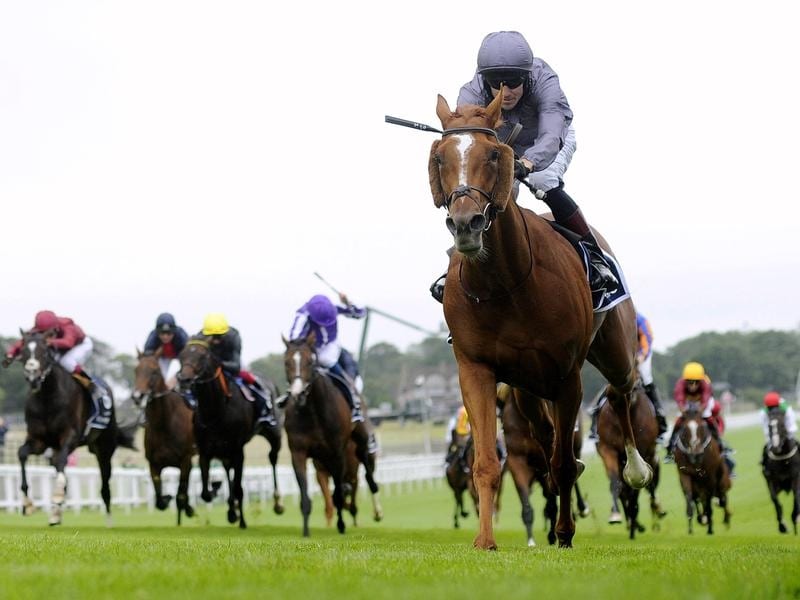 Long-shot Serpentine has pulled off a huge shock as he made all the running to win the Derby and claim Britain’s richest horse race at a near silent Epsom Downs.

Aidan O’Brien saddled six in the premier classic on Saturday but it was Emmet McNamara’s mount who prevailed, having only shed his maiden tag at the Curragh last week.

Serpentine appeared to be employed to help set the pace at the head of affairs but the field allowed him to build up a huge lead and he was still well clear at Tattenham Corner, with Khalifa Sat and fellow O’Brien runner Amhran Na Bhfiann sitting in second and third.

The main players were all trying to make their move in behind but the 25-1 winner had flown, coming home 5 1/2 lengths clear to give O’Brien a record eighth win in the race.

“It’s unbelievable really. He has some pedigree and we always thought he would stay well,” O’Brien said.

“He always had the Derby pedigree. He took a bit of time to come last year and just had the one run.

“Then this year he had his first run at the Curragh over a mile and a quarter and was hemmed in and couldn’t get out but he won very impressively last week.

“I’m absolutely delighted for Emmet. He gave him an incredible ride, so I’m over the moon.”

The Derby was plundered by a jockey who had never ridden in it before nor won any race of any kind since October.

“Aidan O’Brien filled me with a huge amount of confidence, so it’s not a complete surprise.