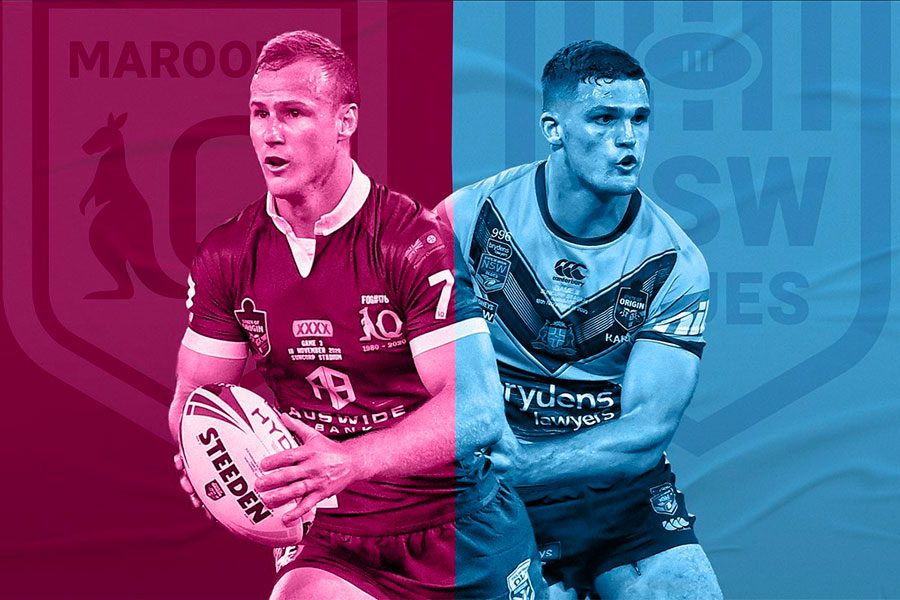 The 2022 State of Origin series is set for a spectacular finish as the New South Wales Blues travel to Suncorp Stadium in Brisbane to take on the Queensland Maroons. The Maroons have been dealt a massive blow as winger Murray Taulagi will miss the decider having contracted COVID-19. The other, more notable omission is a man some have likened to the great Wally Lewis. That man is Cameron Munster, who will be sorely missed for many reasons by Queensland.

The loss of Munster to the Origin decider would have come as a relief to the Blues; however, they do still need to break the hoodoo of Suncorp Stadium deciders if they are to win this year’s series. To find a Blues win in a decider in Brisbane, you must trawl back through the record books some 17 years. On that occasion, Andrew Johns put in what some call the greatest performance by an individual player to win an Origin match. This begs the question: can Nathan Cleary follow in Johns’ foot steps and create a legacy of his own?

It has been five years since the Blues last won a game at Suncorp, and their overall win rate at the venue sits at a mere 34%. The Blues will be without Payne Haas through injury but are an otherwise unchanged going into the decider. Although the Maroons are without Taulagi and Munster, you cannot quantify or deny the incredible advantage they possess at Lang Park. They have a storied legacy of finding ways to win, and Wednesday shapes to be a similar occasion. The Maroons are incredible value at $3.20 to win given their impeccable record in home deciders.

Even though the Maroons should prove victorious on Wednesday, it will not be without a fight. The Blues will be sure to target what shapes to be a weak left-edge defence for the Maroons where captain Daly Cherry-Evans, Dane Gagai and Selwyn Cobbo line up. All three have had their issues at points in the season defensively, and given the Blues boast a stacked right-side attack, there is value to be had in the tryscorer markets at BetOnline. Matt Burton had one of the great Origin debuts in Perth and is showing no signs of slowing down. As a player with so many ways to beat you among his arsenal of skills, Burton is a great play for an anytime tryscorer at $2.45.

Gagai might have had his defensive issues this season, but this is one player you can never write off when it comes to Origin footy. He has been a tryscoring machine for the Maroons, regularly standing up in big moments – and no moment is bigger than a decider in Suncorp. At $4, Gagai is great value to cross the stripe at any time.

Both teams found points tough to come by in game one, which is not unusual when the series opener is played at Accor Stadium – a ground famous for difficult scoring conditions. Game two in Perth gave viewers more of a look at how strong these two teams are in good attacking conditions. The Maroons were not as good as they would have liked, and should they improve as expected, this game should go over the total match line of 39.5 points.

The battle of the two fullbacks in this match will be one to watch. It is well known that James Tedesco has one of the best running games in the NRL and can be impossible to tackle on his night. Tedesco will be as important as ever to start sets well for the Blues in his kick return, as well as his incredible support play that sees him score or set up tries for fun. Kalyn Ponga will have to step up for the Maroons in place of Munster and is more than capable of doing so. Stats do not accurately reflect the series Ponga has had, and he is likely as ever to put in a huge performance and inspire Queensland to victory. If the Maroons get up, don’t be surprised to see Ponga take out both man-of-the-match honours and the Wally Lewis Medal.

These are our best bets for the final game of the 2022 State of Origin series:

Man of the match