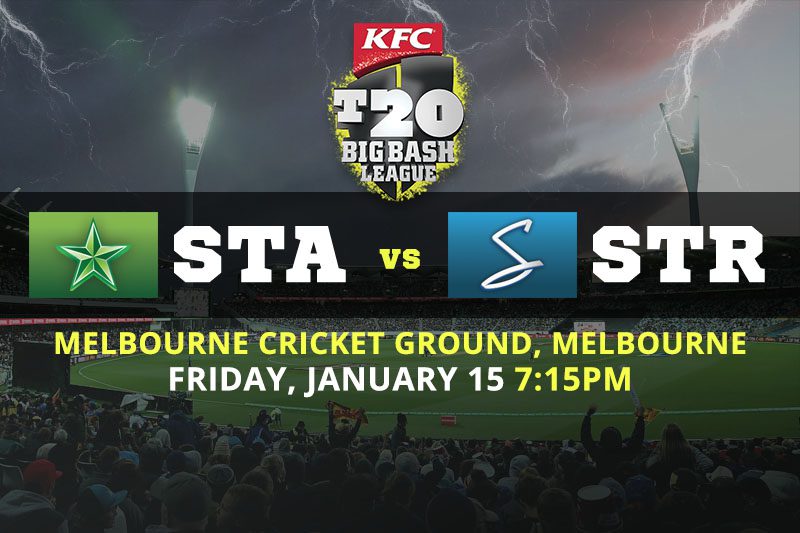 The Big Bash League’s action finally returns to the MCG this Friday night as the Melbourne Stars host the Adelaide Strikers.

Despite the competition well and truly passing the midway point, this will be the first BBL10 match to be played in Victoria.

Glenn Maxwell and the Melbourne Stars need to make a quick turnaround after losing five of their last six matches, where they sit second-last in the standings.

The Strikers beat the Stars with relative ease in their clash earlier in the week, finishing in the 19th over with five wickets to spare.

Can the Adelaide Strikers win both BBL10 match ups against the Stars, or will the home field advantage at the MCG make a big difference?

Arriving onto the scene in explosive fashion, Haris Rauf rapidly became a fan favourite due to his brilliant bowling. The Pakistani quick is an extremely dangerous bowler that attacks the stumps with good length and utilises a very accurate yorker. With two games under his belt this season, Rauf should be ready to start dominating once again, as the post-quarantine rust should be out of his system.

Even though Carey is a superstar of the competition and a powerful batsman, 41 runs is a lot, and we don’t think he will surpass it. Carey only scored 21 runs in the first clash against the Stars, and we think the Melbourne boys are more prepared this time around. We cannot see Carey doubling his output this Friday night under the bright lights of the MCG, where the Stars should shine through.

It simply does not make sense for the Melbourne Stars to field such a powerful team, but continue to lose each week. A change must happen quickly or they will truly be out of the finals race, which is a massive loss considering they started the season as short-priced favourite with multiple online bookmakers. Maxwell and Stoinis need to fire in front of their home fans this Friday.