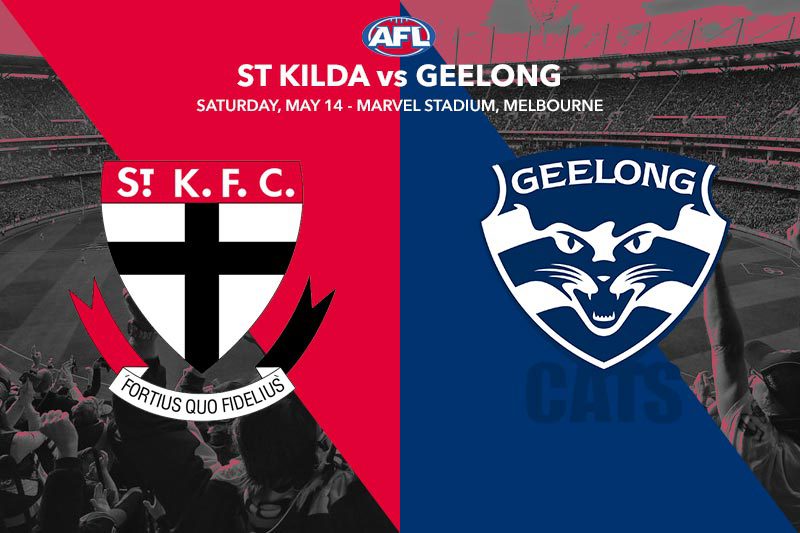 Can St Kilda correct their goalkicking woes in their round nine clash against the Cats at Marvel Stadium this Saturday afternoon?

The Saints played some reasonable patches football against the all-conquering Demons in round eight, but again failed to convert their hard work into scoreboard pressure. There was a period through the second and third quarters when St Kilda dominated possession, but it’s just not possible to win when you only kick 8.7.55 against the league’s top side. This is an improvement on 4.18.42 from round seven, but the Saints will need to find new paths to goal if they harbour hopes of finishing in the top half of the ladder. Big man Max King managed to boot 2.1 while accumulating a minuscule four disposals in round eight, and the Saints mids desperately need to deliver him more of the ball or else run forward and kick the goals themselves. Without this improvement, the Saints are set to slowly slide down the ladder.

The online bookmakers offered up a very generous price for the Cats on their visit to Canberra last weekend. GWS have been a huge disappointment this season, but after one decent effort against the lowly Crows, punters suddenly thought the Giants would be competitive against Geelong. This was not the case, and the miserly Geelong defence restricted the Giants to a paltry 4.11.33 in a scrappy affair. The Cats are cruising along in the top four, and that is a fair reflection of their talents. They appear good enough to play finals but currently sit a rung below Freo and Melbourne.

With the Saints struggling to kick a winning total, key forward Max King needs to start getting his hands on the ball. King may need to work further away from goal, like Buddy Franklin does, but something needs to change. He needs to show a bit more of a mongrel mentality and grab the game by the throat. At the other end of the park, Jeremy Cameron is having a huge year and presently sits equal second in Coleman Medal betting. Cameron has all the tricks and benefits from the presence of fellow Geelong big man Tom Hawkins. In what will probably be a low-scoring affair, the influence of the key forwards at either end could prove decisive.

Markets are expecting a close game here. The line has been set at a skinny 5.5 points, and it looks like a low-scoring matchup. The total points market has been set low at around 166.5. We’re going with the Cats here, but not with huge confidence. The Saints are better than their last two games suggest, but it might be wise to wait until they get back on track before risking them. Geelong 1-39 is our tip, paying $2.25 on BetOnline.

For the value hunters, we’ll link Geelong 1-39, into Jeremy Cameron 2+ goals, into Bradley Hill 20+ disposals. This triple-header will return a juicy $5.03 courtesy of Ladbrokes. Given our lack of confidence in this game, this will be another smallish bet at the big odds.