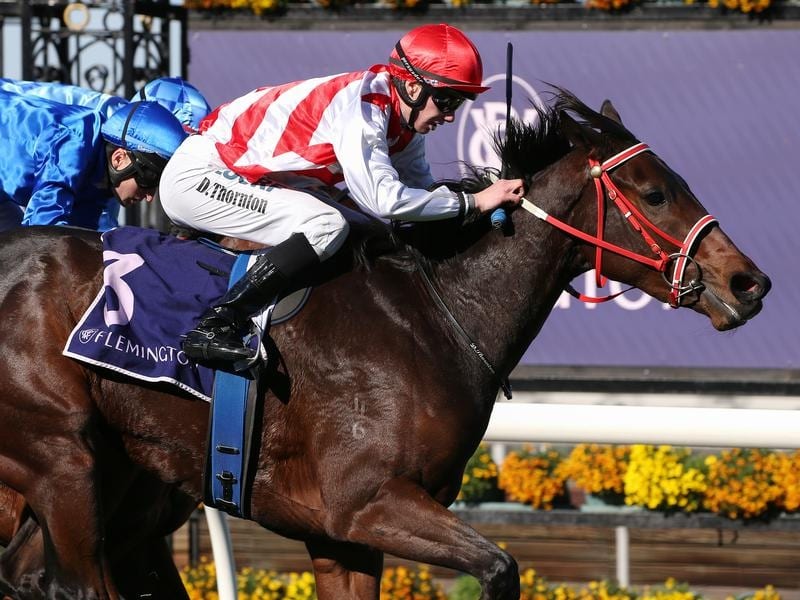 Bendigo trainer Shane Fliedner is seeing the benefits of having a well-bred horse in is stable.

With a buying budget between $5000 and $50,000, Fliedner is forced away from the better-bred horses.

But with an owner and breeder like Mario Cesnik, Fliedner has been able to get his hands on a that says is potentially the best horse he has trained.

Cesnik bought Patina, the dam of stakes winner Viridine, from Darley Stud in 2016 at the Magic Millions National Broodmare Sale in foal to Epaulette.

“I’ve had some nice enough horses but she’s potentially looking the best and I can see why these better-bred horses win Group races,” Fliedner said.

“They have more presence about them. It’s like watching a footballer on the football field, they’re athletes.

Fliedner says he would like to be in a position to just win races with St Edward’s Crown, but knows the importance of stakes races, especially for an owner-breeder.

St Edward’s Crown broke her maiden status at Flemington in June which had Fliedner and Cesnik thinking about spring.

The filly resumed with a third-placed finish, collecting black-type, at The Valley over 1200m on September 7 before dropping back to 1100m when fifth at Flemington a week later.

Fliedner explained that was to get St Edward’s Crown to the races every second week as she is a lazy trackworker, but a hardy filly.

“I got her straight from the breakers and she went straight through to the races and has had three weeks break in that time,” Fliedner said.