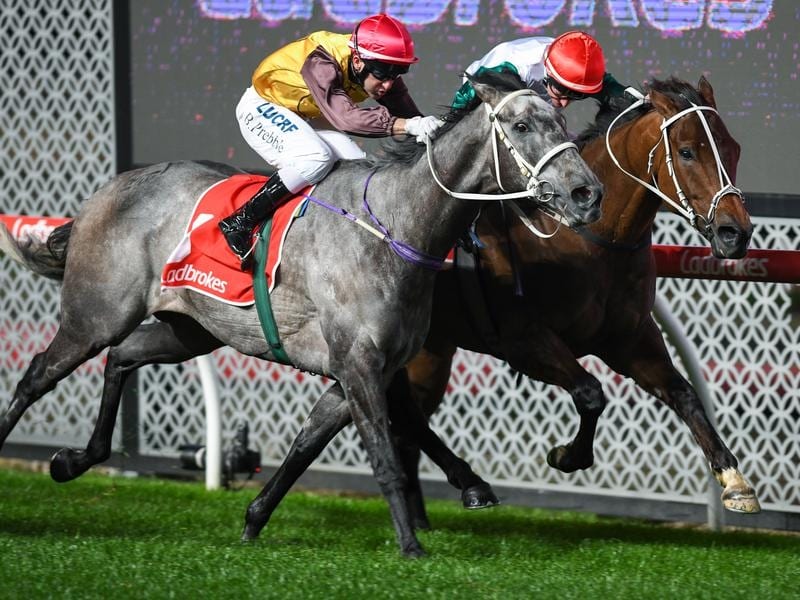 Ex-English horse Captain Cook (r) has won his first Australian race in the JRA Cup at The Valley.

The Chris Waller-trained import Captain Cook has landed his first Australian win at his third attempt, edging out Sully by the barest of margins in the Listed JRA Cup at The Valley.

Captain Cook’s victory by a nose in Friday night’s 2040m race denied the Trent Busuttin and Natalie Young stable a winning treble at the meeting, with Sully’s runner-up finish coming after wins by Barcali and The Holy One.

Waller said it was a deserved win for the former English horse who finished fifth in a 1600m-handicap at Caulfield and second in the Heatherlie Handicap (1700m).

“I think it was a well-deserved win. The horse has been knocking on the door without a lot of luck and he had to do it the hard way today.

“Our intention wasn’t to lead but Linda (Meech) took the initiative to go forward when it looked like she was going to get caught wide. So well done to her.”

Waller indicated the $400,000 Listed Cranbourne Cup (2025m) was an attractive option for the seven-year-old gelding’s next start.