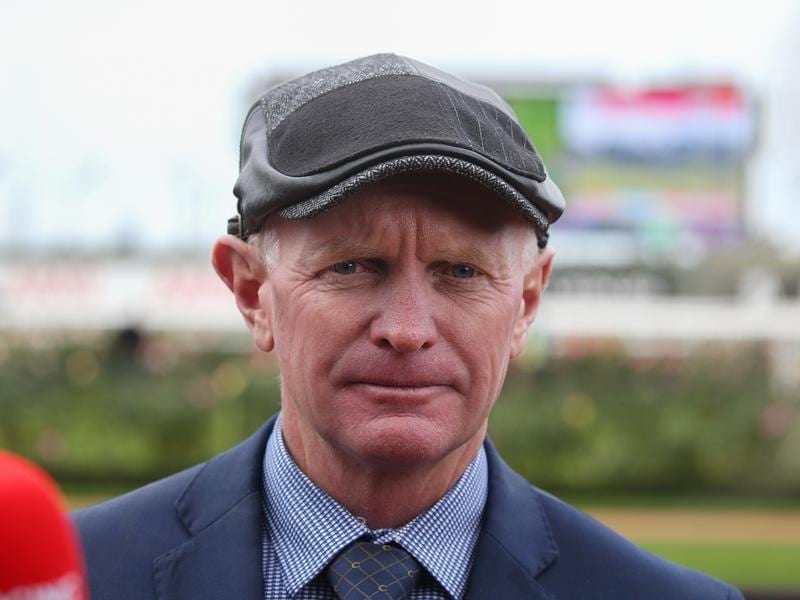 Trainer Phillip Stokes will get the chance to race Captain Punch at Caulfield for the first time.

A horse Phillip Stokes missed out on buying as a yearling will have his first start for the trainer at Caulfield after a well-travelled career.

Now a seven-year-old, Captain Punch, steps out for Stokes in the Grassroots Sports Club for Mirabel Handicap (1100m) on Saturday.

Stokes was the underbidder on the gelding at the sales and Captain Punch did his early racing in Adelaide for Richard Jolly.

A veteran of 27 starts, Captain Punch was transferred in 2016 to Gary Clarke in Darwin where he recorded eight of his 11 career victories.

During his time in the Northern Territory, Captain Punch won the Palmerston Sprint, the best race for sprinters during the Darwin Cup carnival in August.

Stokes said Captain Punch had travelled from Darwin with Zahspeed, a former Victorian galloper with Danny O’Brien who recently ran third at Moonee Valley in his first run for Stokes.

“It was a very impressive trial but he’s done that previously,” Stokes said.

“He’ll be an interesting horse to watch on the weekend racing back on the grass.”

His regular Darwin rider Brendon Davis is making the trip for his first ride at Caulfield.