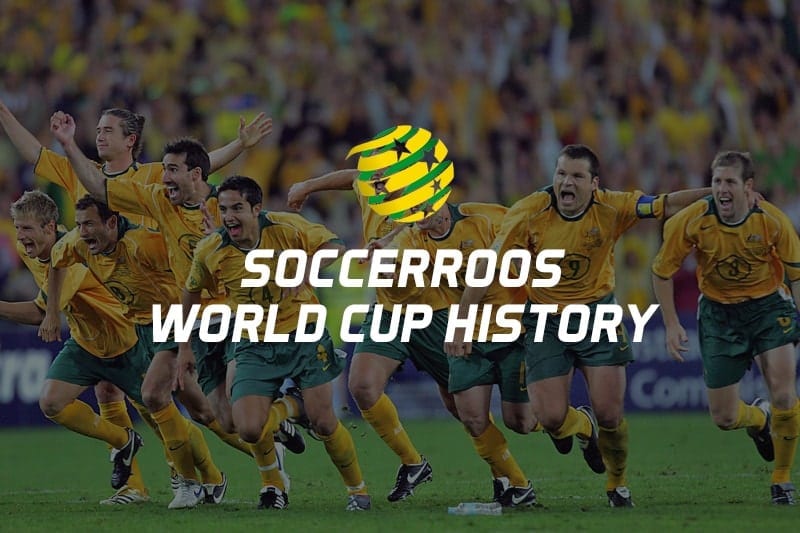 When you think about sport in Australia, the first things that come to mind are usually AFL, NRL and cricket — but the nation also has a long and proud history with the world game, soccer.

As a nation of immigrants, soccer is an important part of Australia’s culture — one of the sports that brings people from all backgrounds together underneath the Australian flag.

While AFL, NRL and cricket has dominated headlines, sponsorship, crowds and media attention, soccer has continued its slow climb to the hearts and minds of all Aussies.

The Socceroos have evolved from a team of semi-pros and amateurs into a side capable of competing with the world’s best.

Which Australians have dominated on the world stage?

How has Australia fared when it has qualified for the World Cup?

Let’s take a look at our World Cup history.

After decades in the soccer wilderness, Australia qualified for its first World Cup in West Germany in 1974.

A team mostly filled with amateurs came up against season professionals from footballing powerhouses and the results went as most expected — the Socceroos drew a game with Chile before losing to host nations East and West Germany and got bungled out of the tournament.

Despite the disappointing results, Australia had a taste of the big time and the seed had been planted for future success.

As fate would have it, Australia’s next World Cup appearance would be at the same venue, some 30 years later.

Returning to the game’s biggest stage for the first time in three decades, the Socceroos brought confidence and momentum into its 2006 World Cup campaign on the back of a heart-stopping qualification triumph over arch-nemesis Uruguay.

After years of heart-breaking failure at the qualification stage, the Socceroos finally had the quality and skill to not only make it to the World Cup, but some belief that they could do some real damage while they were there.

With Dutch master coach Gus Hiddink in control and a playing squad that included some of the very best Australians to have ever played the sport, the Socceroos were back in Germany for a World Cup and had a statement to make.

In its first match again Japan, Australia were down 1-0 early in the match, but had an inspired finish to win 3-1 thanks to a brace from star striker Tim Cahill.

After a hard-fought 2-0 loss to reigning champion Brazil, Australia was left with a do-or-die clash with Croatia to make it past the group stage. A 2-2 draw with Harry Kewell kicking a late equaliser was enough to see the Socceroos advance, where their next opponent was Italy.

The match with the Azzurri was a defensive, tense battle that failed to produce a goal until the final few seconds of regulation when a questionable penalty was granted to the Italians, who scored from the spot to advance and break Australian hearts. Italy would go on to win the World Cup.

Four years on from the heroics in Germany, things just didn’t go right for the Aussies in South Africa, where the Socceroos failed to get past the group stage.

The Socceroos squad still included talented names like Harry Kewell, Mark Bresciano, Lucas Neil, Tim Cahill and Mark Schwarzer, but some questionable selection and playing tactics from coach Pim Verbeek got the Australians off to a horror 0-4 start against Germany that they failed to recover from, despite a 1-1 draw with Ghana and a 2-1 win over Serbia.

With a host of its stars having retired from international duty, the Socceroos still managed to qualify for its third-consecutive World Cup — this time in Brazil — but was not expected to make any waves after drawing a ‘group of death’ that included Sain, the Netherlands and Chile, all teams inside the top 15 in world rankings.

The Aussies had a rough start, losing to Chile 3-1, before a brave showing against the highly-rated Netherlands, in which they led 2-1 after two incredible goals from Tim Cahill, before going on to lose 3-2. Spain ended Australia’s campaign in a 3-0 dead rubber result.