MELBOURNE is set for a football treat when some of the greatest soccer players on the planet converge on the MCG for a pair of friendlies featuring Brazil, Argentina and our own Aussie Socceroos.

Announced back in February as part of the Chevrolet Brazil Global Tour, the visit to the MCG is an historic one and will replace the International Champions Cup, which has brought the likes of Real Madrid and Inter Milan to Australia’s sporting mecca. 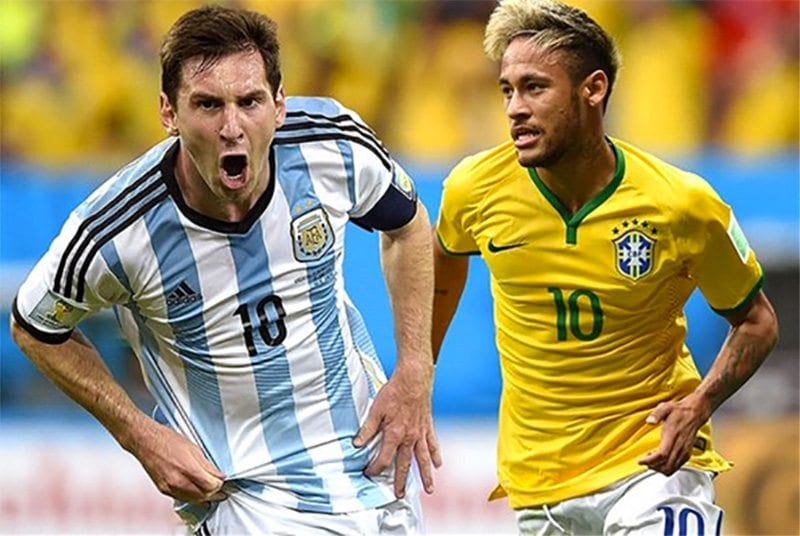 With the worldwide popularity of the two nation’s football sides and the ever-growing love for the Socceroos on Australian shores, in excess of 100,000 fans are tipped to pour into the MCG for the clash between Brazil and Argentina, which would certainly fill the storied ground to bursting point.

Between them Brazil and Argentina possess seven World Cup wins.

With so much interest across the sporting verse, there is always going to be some love from the punters.

Here is our helpful little preview and betting guide to get you started.

When are the games and what are the odds?

Brazil will play two games at the MCG, the first dubbed the SuperClasico de las Americas against Argentina and the other four days later against the Socceroos.

How to bet on the matches

Despite the fact they are both friendly games with no real odds at stake apart from pride and bragging rights, you will find that most online bookmakers will be offering odds on the matches. Despite the fact we are still about a month out, most bookies have markets including match result, draw no bet, double chance, half time – full time double and correct score available. You want to make sure you are betting with a reputable bookmaker who will protect both your cash and your bets. Here is a list of the most trusted bookmakers that have proven time and time again that they provide the best odds, widest variety of markets and solid promotions and bonus bets.

The two men everyone will be there to see are arguably the greatest footballer of all time in Argentine maestro Lionel Messi and Brazilian super boot Neymar.

Both men are stars for Spanish giant Barcelona and are household names in just about every country that has even an inkling of love for soccer.

But there are so many more superb talents who could grace our shores.

The likes of Chelsea Premier League title winner David Luiz and Liverpool stars Philippe Coutinho and Roberto Firmino could all be in Brazil’s squad, while the firepower of Manchester City’s greatest striker Sergio Aguero and Juventus prime mover Gonzalo Higuain are also a chance to represent Argentina.

While this is absolute best case scenario, and you just know there will be guys on holidays, or guys who have had surgery, here is the potential talent that could land Down Under next month:

The last time these two teams met – in November last year – it was all Brazil. In that clash, Neymar, Coutinho and Paulinho all fired in goals as the Brazilian’s mopped the floor with Argentina, 3-0, sending the nation’s media into a spin over the “catastrophe”. The two teams have played each other 103 times, with Brazil holding a narrow advantage of 40 wins to Argentina’s 37, mixed in with 26 drawn clashes. Argentina did whack Colombia 3-zip and then squeaked past Chile 1-0, but fell in its most recent World Cup qualification clash to Bolivia 2-0. Brazil, on the other hand, has rolled Peru 2-0, pumped Uruguay 4-1 and then easily dealt with Paraguay 3-0 during their qualification. The March goal from Uruguay was the first time a nation had even scored against them since September 2016 – more than a year. It is difficult to make a definitive predictions – when is it not? – because the squads are obviously unknown at this point and it will really depend on who is actually on the MCG when the game starts. But, on exposed form and recent record, you can’t go past the Brazilians. Especially given the clash is part of their world tour. They will want to impress and you just feel that have just that little bit more to play for.

The last time Australia faced Brazil, it was not pretty. In fact, the 2013 friendly ended with a 6-0 pasting on the back of a double to Jo and goals to Neymar, Ramires, Alexandre Pato and Luiz Gustavo. Before that, the Socceroos were far from disgraced in a 2-0 loss in the World Cup in Germany, 2006, but their greatest memory and inspiration will come from the 2001 Confederations Cup. For the first and only time, the Socceroos defeated Brazil, 1-0, the immortal Murphy providing the goal that gave the Aussies victory – with just six minutes left in the match, no less. Shaun Murphy is obviously long gone, but the hope is the likes of Tim Cahill, Mile Jedinak, Massimo Luongo and Aaron Mooy can propel them to something special again. Ange Postecoglou’s men have the Confederation’s Cup in Russia to contend with right after the Brazil clash and will be hoping to put on a good show, but, if Brazil brings anything close to a full strength side, we think a win is beyond them.