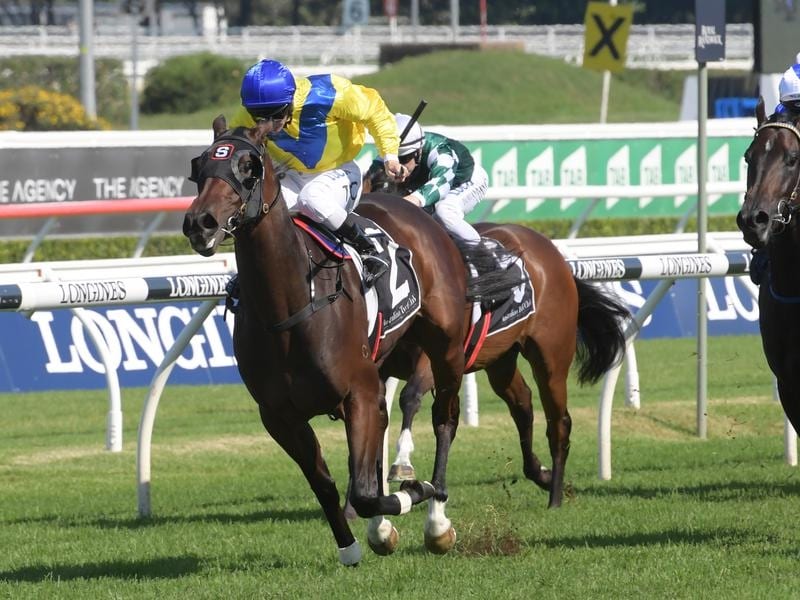 Anaheed gets the chance to break a losing run for fillies in the San Domenico Stakes at Rosehill.

It has been seven years since a filly has won the San Domenico Stakes, a run of outs the Snowden training partnership hope it can end at Rosehill.

Peter and Paul Snowden put the polish on the only two fillies in Saturday’s edition, and while Catch Me is in doubt to take her place on a heavy track, Anaheed will be there rain, hail or shine.

Dubious has been scratched to run in Melbourne, leaving Anaheed as an $11 chance and Catch Me $26, although Paul Snowden does not believe there is that much between them.

“I think they’re both going well but the weather might be in Anaheed’s favour,” Snowden said.

Snitzerland was the last filly to win the San Domenico in 2012, and like Anaheed she had finished fourth in the Reisling Stakes as a two-year-old.

Both progressed to the Golden Slipper in their respective juvenile seasons, Snitzerland finishing runner-up to Pierro and Anaheed sixth to Kiamichi, but the latter did return to the winner’s list at her final juvenile start in the Percy Sykes Stakes.

The robust filly has had one start this season, lumping a big weight and enduring a wide run on the speed before blowing out to finish last in the Rosebud.

Snowden has ruled a line through the performance and predicts Anaheed will show her true colours in the San Domenico.

“She’s way better than that and she’s in too good an order not to be running well,” Snowden said.

“She just did way too much work after beginning slowly in that race the other day.

“I’m anticipating her to bounce back regardless of the track (conditions).”

The stable will keep an eye on the weather before deciding if Catch Me runs and Snowden says racegoers will see a more mature filly when she returns.

Catch Me won the Gimcrack Stakes and Blue Diamond Preview as a youngster before her form tapered off but she is showing improved race craft this preparation.

“She’s relaxing a lot better and she’s got that good turn of foot we know she can produce when she’s relaxed,” Snowden said.

“Hopefully she can transfer her trial manners and how she’s been working at home into the race on Saturday.”