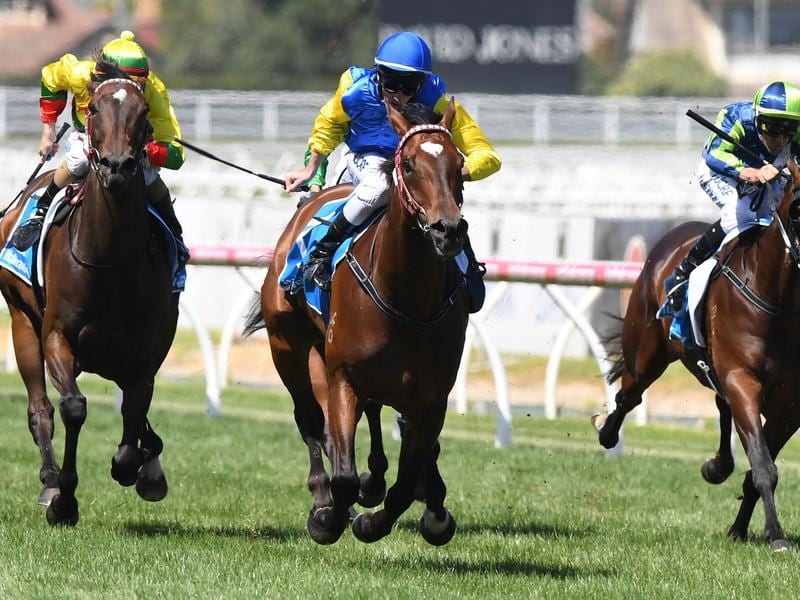 Dual state trainer Lindsey Smith will rely on Black Heart Bart as his sole representative in the Group One Sir Rupert Clarke Stakes at Caulfield.

Smith also nominated Malaguerra but after galloping him on Tuesday he recommended he be retired and owner Bruno Micalizzi agreed.

The winner of the 2016 Darley Classic, Malaguerra was transferred to Smith’s stable from Peter Gelagotis this campaign and after doing his early work in Perth resumed at Caulfield on August 31, finishing seventh in The Heath behind Crystal Dreamer.

Micalizzi said on Twitter the gelding would return to Western Australia.

“Big thank you to Lindsey Smith Racing and staff for trying to get him to the Rupert Clarke .Malaguerra is sound but just spent .Time to retire to the green pastures in Perth.Cheers to all that have helped along the journey” he said.

Smith said Black Heart Bart was a race-by-race proposition would also be retired at the first sign he was out of form.

A five-time Group One winner for Darren Weir, Black Heart Bart was retired after finishing 16th in last year’s Toorak Handicap before being put into work for a spring campaign.

After undergoing an exhaustive array of compulsory tests to be reinstated, Black Heart Bart made it back to the track with a first-up eighth behind stablemate Scales Of Justice in the Memsie Stakes over Saturday’s course and distance.

Smith gave the effort a pass mark and was happy with his work on Tuesday.

“It was cold but the track was in good order, so that part was pleasing,” Smith said.

“He worked fine this morning, so he’ll run around on Saturday and we’ll see how he goes.

“He’s a race by race proposition and the first sign that’s he’s not going well, he can finish up.”

In the absence of Malaguerra, Age Of Chivalry gains a start.

Age Of Chivalry has won his past two starts at Caulfield and was 17th in the ballot order for Saturday’s race which has a field limit of 16.

Begood Toya Mother is the $3.50 early favourite ahead of Wednesday’s barrier draw with Age Of Chivalry on the third line at $9.