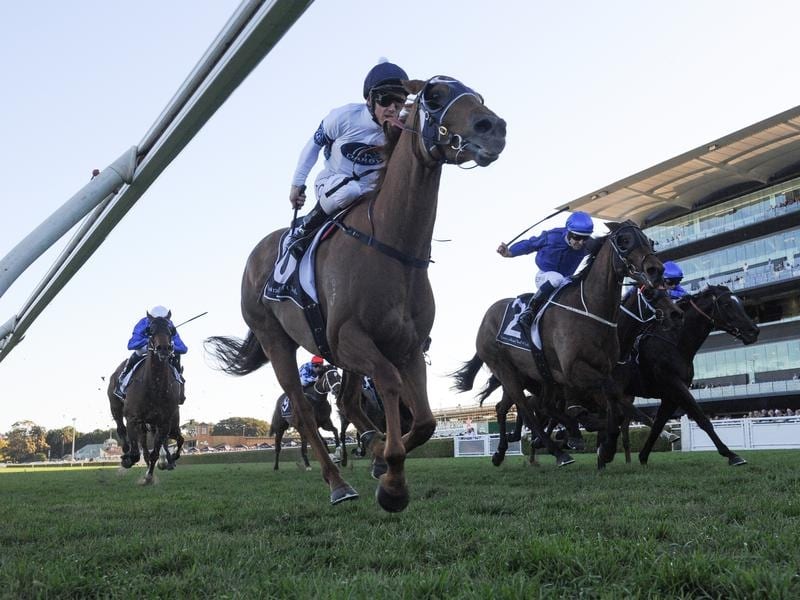 Samadoubt will line up in the George Main Stakes looking to make it three from three this campaign.

Bjorn Baker has started the season better than any other since he took up training in Sydney after a stint with his father Murray in New Zealand.

The flag bearer for his Warwick Farm stable has been surprise packet Samadoubt who is so far a Group One and Group Two winner from two starts this campaign.

The six-year-old frontrunner who stepped up in the Winx Stakes before taking out the Chelmsford, runs in Saturday’s Group One George Main Stakes with the variable that it is likely to be on rain-affected ground.

Samadoubt has had four starts in the wet for one second but that was before he found his current form.

“He’s in great order. I couldn’t be happier with him,” Baler said.

Samadoubt has been entered for every big race including the Epsom Handicap and the Caulfield Cup.

Baker has trained eight metropolitan winners this season, one more than Godolphin trainer James Cummings, and he sits third on the Sydney table behind Chris Waller and the Gai Waterhouse and Adrian Bott team.

Despite his recent wins, Samadoubt ($7) is being overlooked for favouritism with Avilius ($2.80) and Happy Clapper ($4.20) heading the market.

Happy Clapper finished second to Samadoubt in the Winx Stakes and will be having his first start since that race on Saturday although he won a trial last week.

He will be ridden by Glen Boss who replaces Hugh Bowman who has been sidelined with a broken finger.

One horse who will appreciate soft ground underfoot is New Zealand mare Danzdanzdance to be ridden by Tommy Berry.

Danzdanzdance finished third in the Group One Ranvet Stakes in the autumn behind Avilius and He’s Eminent on a heavy track.

Co-trainer Chris Gibbs said the mare’s spring program would be determined by the tracks in both Melbourne and Sydney with options for her in both places, whichever was the softer.