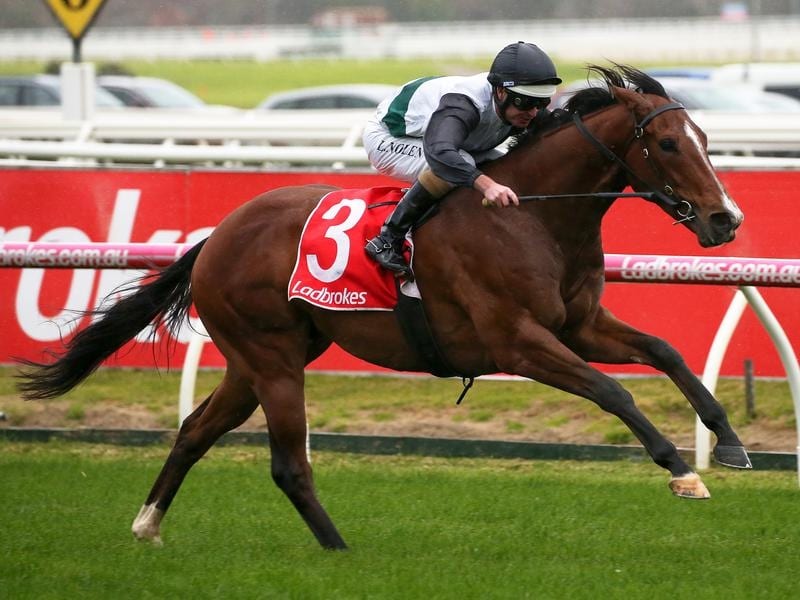 Smart Elissim is back on the winners’ list having not won in his past eight starts.

Three-year-old Smart Elissim has bounced back to winning form with a performance trainer David Hayes hopes to see more of from the gelding next season.

Smart Elissim won his first two starts at Sale and Sandown last winter and was then placed in the Group Three Up And Coming Stakes in Sydney but he had not won in his past eight starts heading into Saturday’s Long Fine Plate.

After being unplaced in his first two starts this preparation over shorter distances, Smart Elissim stepped up to 1400m and settled closer in the run, just in behind the leader.

With Luke Nolen aboard, Smart Elissim ($8) took an inside run at the top of the straight and sprinted to the front before drawing away to score by 2-1/2 lengths over Twilight Run with a short half-head to Fabric third.

“He’s a horse that we’ve always had a big opinion of and he lost his way a little bit,” Hayes said.

“But that’s probably right back to his best rating.”

Hayes said Smart Elissim “works like a Group horse” and he thought the tempo of a 1400m race would allow him to settle closer.

“And he got a peach of a ride from Luke,” Hayes said.

Hayes, who trains in partnership with his son Ben and nephew Tom Dabernig, said Smart Elissim might not race again until the new season, which begins in August.

“We’re not really keen to run him on heavy tracks so we’ll probably wait for the new season now,” he said.