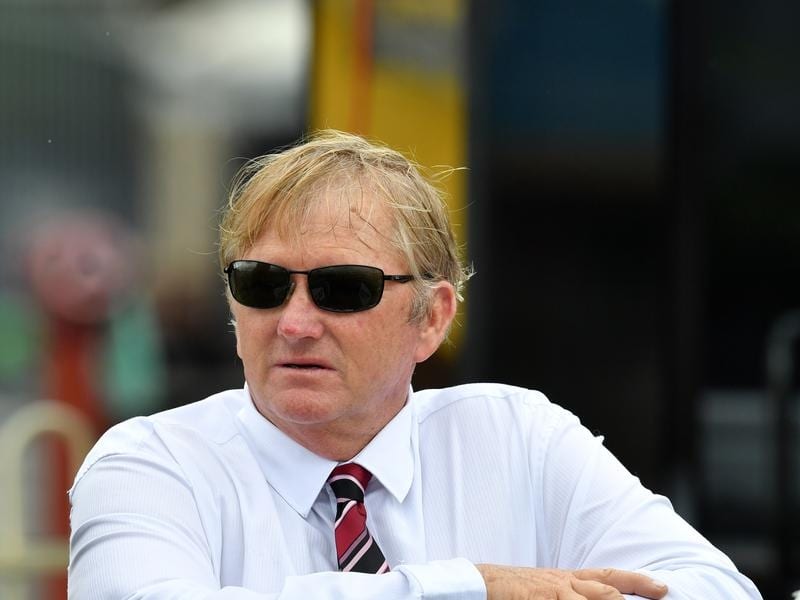 Kelly Schweida will use the back-up option at Eagle Farm for Slow Hands with Doomben cancelled.

Brisbane’s wet weather has forced promising stayer Slow Hands into an unscheduled rematch with his last-start conqueror The Kingdom.

Trainer Kelly Schweida had planned to run Slow Hands at Doomben on Thursday but the meeting was called off after heavy overnight rain.

Doomben has been soaked by more than 320mm in the past week.

Slow Hands will now run in the Anzac Day Handicap (1800m) at Eagle Farm on Saturday.

At their last meeting, The Kingdom grabbed Slow Hands on the line for a narrow victory in a 1600m-race at Eagle Farm.

“I thought Slow Hands was better placed at Doomben but he does have a few things in his favour on Saturday,” Schweida said.

“He is well drawn in barrier three and I have been wanting to get him out in trip.

“Slow Hands likes soft going so I hope there is some give in the track on Saturday.”

Trainer Les Kelly has also been keen to get The Kingdom out in distance.

“Glen Boss rode him recently and told us he was looking for at least 2000 metres,” Kelly said.

Apprentice Adin Thompson will claim 3kg on The Kingdom meaning he will drop 5.5kg on his last start win to 52.5kg.