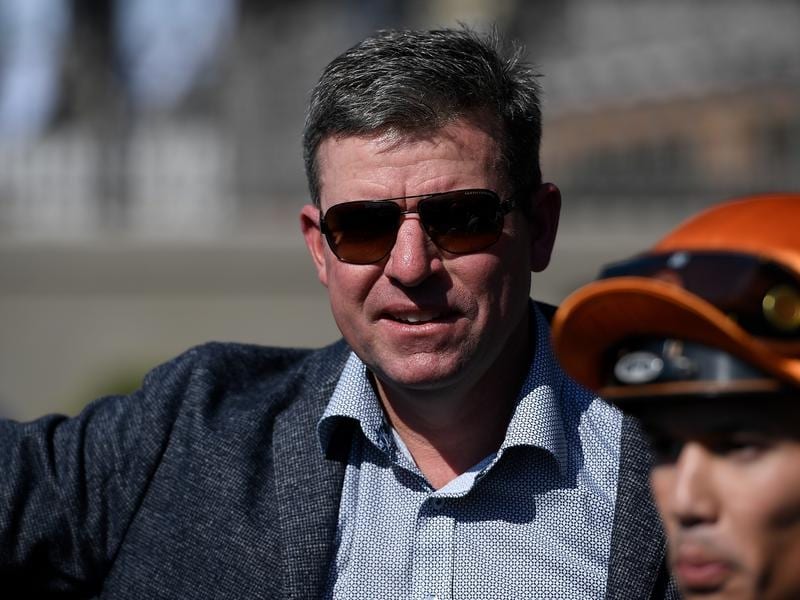 Promising three-year-old Eric The Eel will begin his road to the Sydney autumn carnival at Eagle Farm despite drawing wide in a restricted race.

The gelding has the outside barrier in Saturday’s Class Three Plate (1200m) but trainer Stuart Kendrick does not think it will be a disadvantage.

Eric The Eel is nominated for the Sydney autumn three-year-old Group One triple crown of the Randwick Guineas on March 7, the Rosehill Guineas on March 21 and the Australian Derby on April 4.

It sounds like a big task for a $7000 horse named after Olympic Games swimming duffer Eric Moussambani Malonga.

But from his first start Kendrick has been keen to get Eric The Eel out to a middle distance in good company.

His opinion was confirmed with the gelding’s winter carnival form which included a strong-finishing fifth in the Group One J J Atkins, less than three lengths from the winner Prince Fawaz.

Kendrick took Eric The Eel to Melbourne for the Victoria Derby last year but his campaign was aborted after he was injured in the Group One Caulfield Guineas.

Eric The Eel was given a good break to recover and showed he was back near his best in an unofficial race day trial at the Sunshine Coast last Sunday week.

The gelding sat last and deep in the trial but ran on to be beaten a long neck by top three-year-old Alligator Blood.

“It was his second hit-out since coming back after an official trial at the Sunshine Coast last month,” Kendrick said.

“It left us with the option of running Saturday or in a trial next Tuesday.

“But the way the weather is going who is to say we will have trials. At least we know we will be racing at Eagle Farm on Saturday.

“I am really keen to get him going. The 1200 metres should be too short but he will get back anyway and be running home late.”

Kendrick has no doubt Eric The Eel will show his best when he gets out past 2000m.

“Everyone who rides him says the same thing – he wants ground,” Kendrick said.

“And I am looking forward to seeing him on the big Randwick and Rosehill tracks.”

Kendrick will have another promising horse, Jagged Edge, in the Three-Year-Old Handicap (1000m) at Eagle Farm.

Jagged Edge was a stakes winner in the winter and returned to his best form with a last-start Sunshine Coast win.

“I don’t think we will go south with him. The Three-Year-Old The Jewel is an obvious race for him,” Kendrick said.

“It is worth $300,000 and only for QTIS horses so why take on the southern horses for less money?”