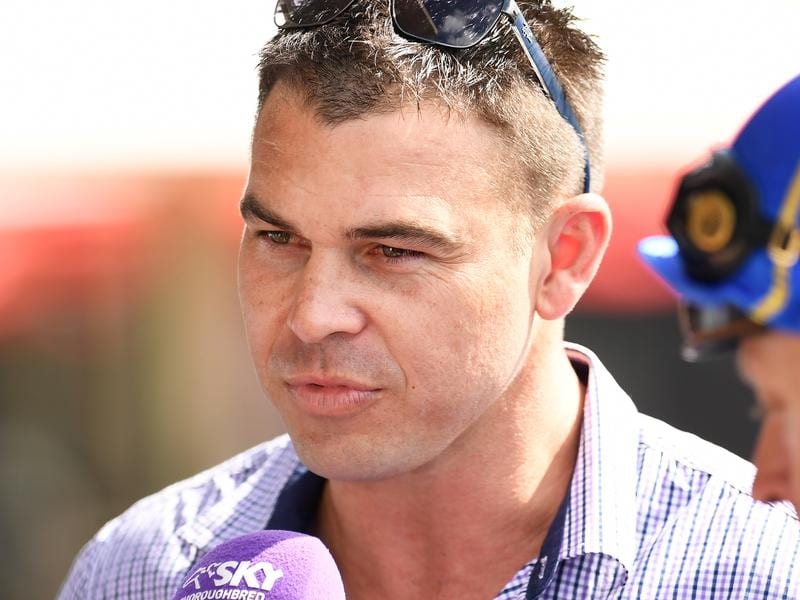 Trainer Jason Edwards is looking forward to Sir Barnabus running over 2400m at the Gold Coast.

Deagon galloper Sir Barnabus will have one major factor on his side when steps up several classes to take on the $125,000 Gold Coast Cup .

Everyone who has had anything to do with the four-year-old gelding has said he will be at his best over a long trip and he gets his chance on Saturday.

The Cup over 2400 metres will be run for the first time in a move by the Gold Coast Turf Club to help boost interest in genuine staying races in Queensland.

For many years the Prime Minister’s Cup was run at 2400m and was the main race of the Gold Coast’s winter carnival feature day.

But in the past decade the Group Two Hollindale Stakes has pushed the Prime Minister’s Cup into the background to such an extent the race has been shortened to 1400m.

In fact the Cup has had a name change this year and will be run as the Australian Turf Club Trophy although it still retains Listed status.

“We felt there needed to be a genuine staying test on the program and we hope it will encourage Queensland trainers to develop more stayers,” he said.

Sir Barnabus certainly fits that bill and scored his fifth win in a 2200m handicap at Eagle Farm last Saturday.

Jockey Michael Cahill has won two races on Sir Barnabus and both times he has been forced to make long runs on the gelding who has found plenty in the straight.

“I have said every time I have ridden him he is is a genuine stayer who will be best at even longer than 2200 metres,” he said.

“I have no qualms about backing him up in the Cup as he is a tough horse who just loves racing,” he said.

“He has won at the Gold Coast and there aren’t many 2400 metre races around so why not give it a go.”