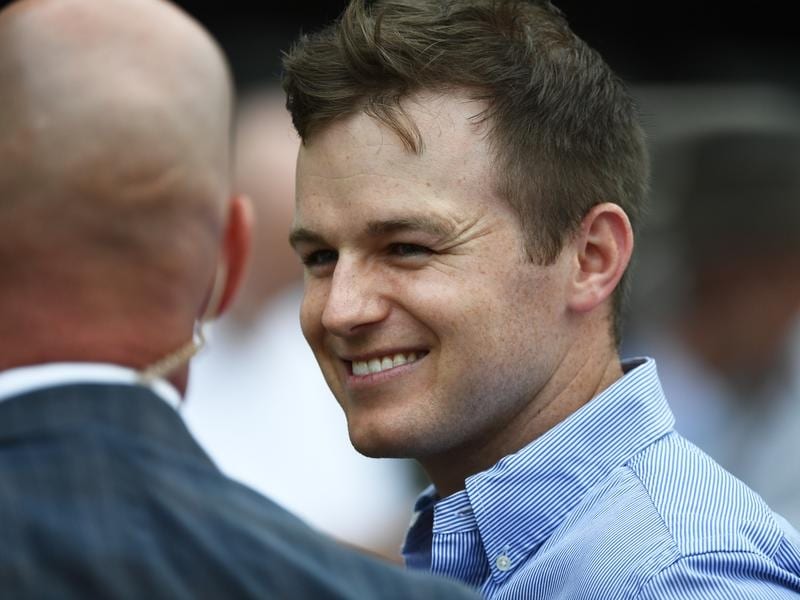 Co-trainer Ben Hayes is hoping Gold Mag gets a rain-affected track at Flemington.

The Lindsay Park stable is hoping there is moisture in the Flemington circuit for lightly raced Gold Mag when he runs in a restricted race.

His trainers expected big things from the four-year-old after he won his first two starts but he raced another four times without success until he ran on a wet track at Warwick Farm on March 27.

While Saturday’s Apache Cat Handicap (1620m) will be his first start sincE, Gold Mag ran fifth in a Randwick trial behind the talented Luvaluva on April 26.

Co-trainer Ben Hayes said Gold Mag had not lived up to his early potential but with the edge off the tracks during late autumn it may be his time to shine.

“He’s a horse that really does feel the ground,” Hayes said.

“So with the rain we’ve had hopefully he’s going to get his preferred ground and run a really good race.

Lindsay Park will also be represented by Royal Thunder in Saturday’s race, after his two wins at Pakenham and Sandown.

“He’s a horse that’s really improved this preparation and has gone to another level and deserving of a shot at a Saturday grade race,” Hayes said.

“He’s been running really well and it’s been a while between runs but he’s had a nice trial at Flemington last week.

“He’s fresh and well and ready to go.”

Gold Mag shares favouritism at $4.40 with the Ciaron Maher and David Eustace-trained Dr Drill while Royal Thunder is a $21 chance.