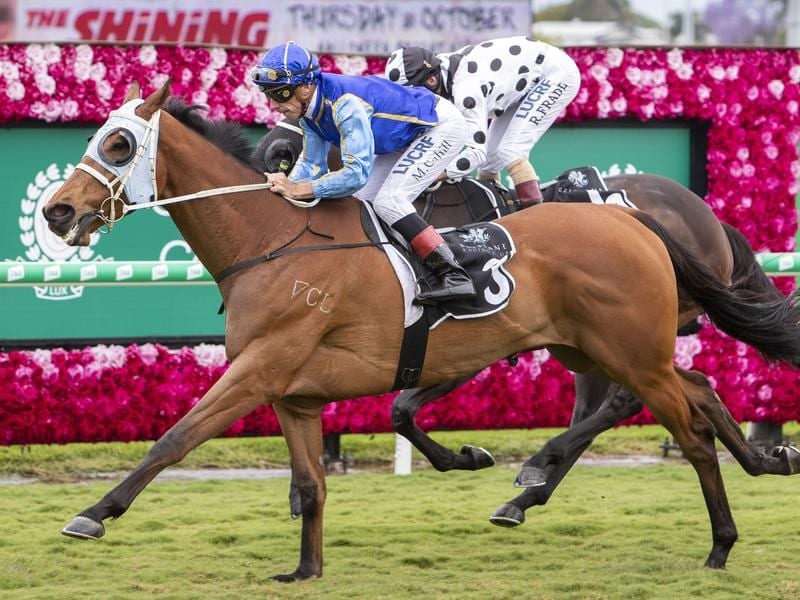 Sir Barnabus earned a return trip to Sydney with a strong-finishing win at Eagle Farm.

Trainer Jason Edwards is keen to give Eagle Farm winner Sir Barnabus a chance to show Sydney racing crowds he is better than his only start in that city.

Edwards took Sir Barnabus to Sydney in May but he was well beaten in a 2400m race at Randwick.

“That run was off a third in the Gold Coast Cup. A lot of horses out of that race went off the boil because it was run on a very heavy ten track,” Edwards said.

“Sir Barnabus is a horse who doesn’t show he is going over the top so we took him to Sydney but in hindsight we probably should not have.

“He is a lot better than that and I think there will be a few staying races at the end of the Sydney carnival for him.”

Sir Barnabus was having only his second start this campaign at Eagle Farm but Edwards said he was rock-hard fit.

“He had a jump-out and two barrier trials in the lead-up. But he will be improved further,” Edwards said.

Jockey Michael Cahill said Sir Barnabus had a good turn of pace at the end of his races which was an advantage for a stayer.

“He has always shown promise and this might be his time,” Cahill said.