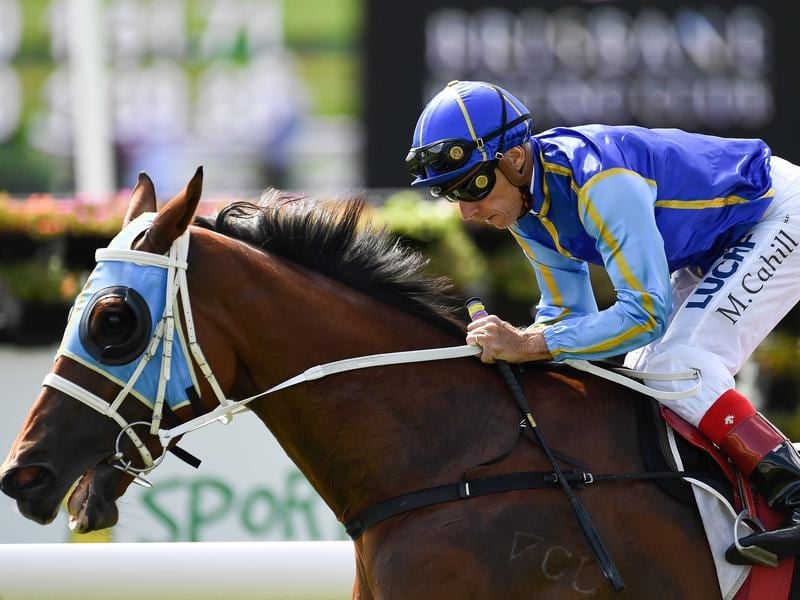 Sir Barnabus will back-up in the Gold Coast Cup after outstaying his rivals at Eagle Farm.

Tough stayer Sir Barnabus earned himself a start in next week’s Gold Coast Cup with his win at Eagle Farm.

Jockey MIchael Cahill took Sir Barnabus ($5) to the lead at the 900m and he went on to beat Meteorologist ($34) by three-quarters of a length in the Raelene Boyle Outreach Handicap (2200m).

Trainer Jason Edwards had no hesitation in saying Sir Barnabus would back up at the Gold Coast next week.

“The back up in the Cup will be no problem He loves to race and last campaign he had 10 starts. He is tough and he is a genuine stayer,” Edwards said.

“The 2400m will be no problem and he will be down in the weights. The major problem will be getting a start but I think he should get in.”

Jockey Michael Cahill continued his top recent form with another clever ride to in effect steal the race.

“There aren’t many better jockeys around than Michael,” Edwards said.