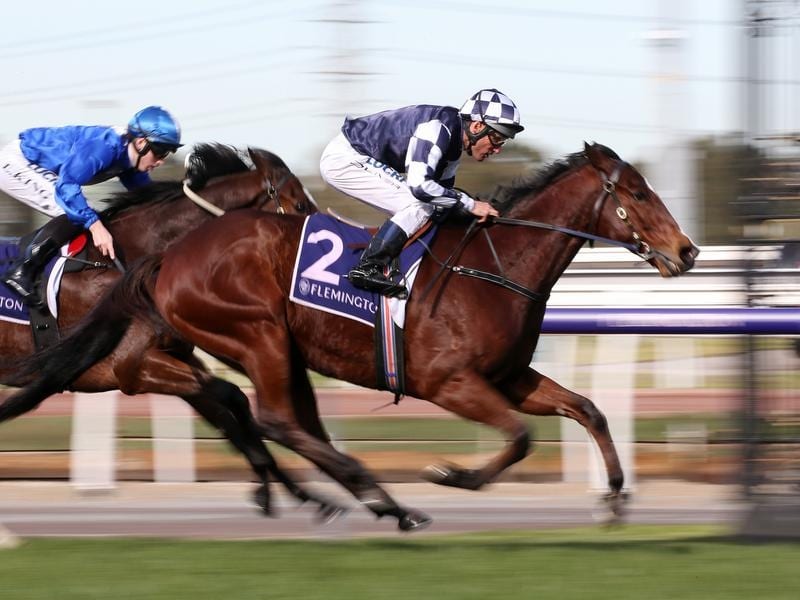 Second Bullet (r) can reach $1 million prize money if he can repeat his last-start Flemington win.

Second Bullet remains a consistent city performer for trainer Danny O’Brien and the stable stalwart is within reach of a milestone when he chases another victory over his pet course and distance.

A rising nine-year-old who has amassed $943,307 from his 62 starts, Second Bullet can reach $1 million if he notches the 13th win of his career in Saturday’s K.A Morrison Handicap on his home track at Flemington.

“We bought him as a yearling and he’s now eight and he’s won three Saturday races this season as an eight-year-old. So he’s done a great job,” O’Brien said.

“He probably wants it to get back to about a soft (5) to show his best but I think it’s a good chance it will.

“He’s just got a great record, particularly over the 2000 metres at Flemington.”

Second Bullet won the VRC-CRV Cup Tour Trophy over the course and distance at his most recent start on July 6, his fifth win from 16 runs over the Flemington 2000m which have also netted seven placings.

The Matt Cumani-trained mare One More Try is the favourite for Saturday’s race which also features the Mick Price and Michael Kent Jnr-trained Masculino who was runner-up to Second Bullet last start.

“He’s got to give Masculino a bit more weight than when they met the other day so he’s going to have to run really well to beat him again,” O’Brien said.

“But you can’t count him out. Any time he goes to Flemington in a 2000 metre race he gives a good account of himself.”