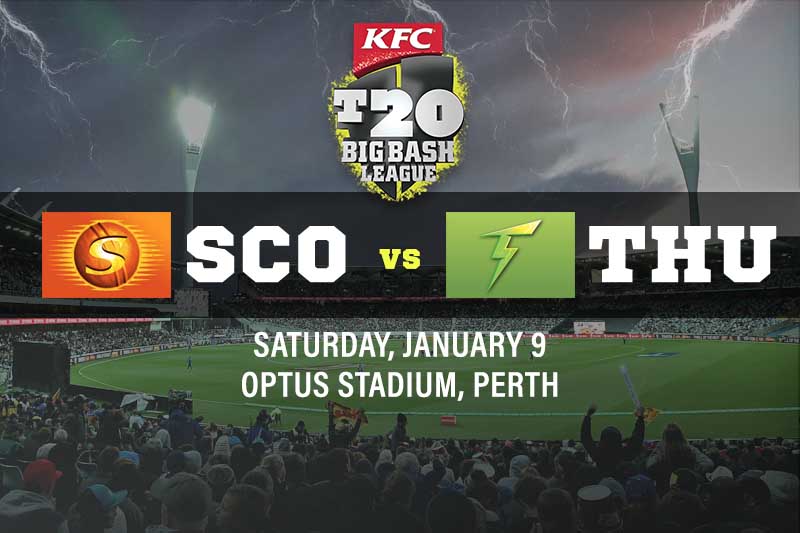 The Perth Scorchers will look to redeem themselves this Saturday when they clash with the Sydney Thunder at Optus Stadium.

Callum Ferguson helped the Thunder beat the Scorchers earlier in the season, making 61 runs without losing his wicket in a brilliant captain’s knock.

A handful of changes to the Scorchers will bring a different dynamic to the game, as Jason Roy becomes a factor in the top order, while the Perth bowlers remain unaffected.

Coming off a massive win over the Sydney Sixers, the Scorchers have plenty of momentum, but the Thunder already know how to win this match up, and could do it again this Saturday.

The former Perth skipper has loved playing cricket in BBL10, already posting multiple unbeaten half-centuries against good bowlers. Marsh has only gone out once in his last five matches, eclipsing 20 runs on three occasions, including 50s against the Thunder and the Sixers. His most recent outing was 57 unbeaten against the Sixers, when his breathtaking hitting putting the Sydney-based team to the sword.

Nathan McAndrew to take a wicket

The Sydney Thunder would be disappointed with Daniel Sams this season, who hasn’t been anywhere near as dangerous as he was in BBL09, when he took 30 wickets. McAndrew has a good change of pace and has proven to be conventional and intelligent with his bowling, using his environment and field to his advantage. The bounce at Optus Stadium will help the tall fast-bowler and a wicket in these conditions seems a lock to us.

Considering the Sydney Sixers were in the title conversation until the Scorchers destroyed them, it’s fair to say the men in orange are in good form. Andrew Tye and Jhye Richardson are currently red-hot, taking plenty of wickets and looking as damaging as ever. It’s hard to look past the Scorchers on their home deck at Optus Stadium and the $2.73 on offer at the top cricket bookmakers is a juicy proposition.