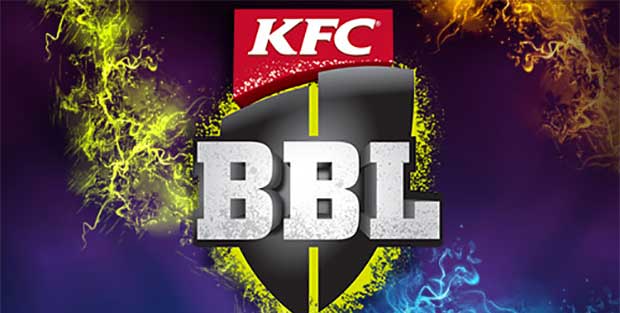 AFTER a remarkable, drought-breaking season in which a debut finals appearance returned its first Big Bash League title, the Sydney Thunder will begin as the punter’s favourite to go back-to-back in 2016/17.

Following this week’s announcement of squads for the coming season, the Thunder were installed as favourites, along with the Perth Scorchers at Sportsbet.com.au, paying +450.

The new season kicks off on Tuesday, December 20 when the Sydney Thunder face fierce rivals the Sydney Sixers at Spotless Stadium. The eight teams in the competition will all play each other twice across eight rounds of play, before the top four teams qualify for finals, which kick off on January 24.

The Thunder will welcome back key players from last year’s campaign in its pursuit of more glory. Australian stalwarts Usman Khawaja, Shane Watson will provide leadership, while powerful West Indian all-rounder Andre Russell will look to repeat his dominant performance from last season. Retired veterans Mike Hussey and Jaques Kallis could prove to be significant losses for the reigning champs.

Chris Gayle, the world’s highest-paid T20 cricketer and most proficient with the bat in the history of the shortened format, will not return to Australian shores after making headlines for all the wrong reasons. Gayle struggled for runs playing for the Melbourne Renegades and found himself on the wrong side of public opinion in 2015/16 thanks to the ‘don’t blush baby’ controversy with Channel 10 reporter Mel McLaughlin.

Last season’s runner up and perennial semi-finalists, the Melbourne Stars, sit at $6.50 as the third team in betting. International signing Kevin Pieterson will return, joining power-hitters Glenn Maxwell, James Faulkner and David Hussey and a talented bowling unit hoping to give the Melbourne franchise its first piece of silverware.

Rounding out the betting is the Melbourne Renegades and Adelaide Strikers at $7, Brisbane Heat and Sydney Sixers at $7.50 and the Hobart Hurricanes at $8. 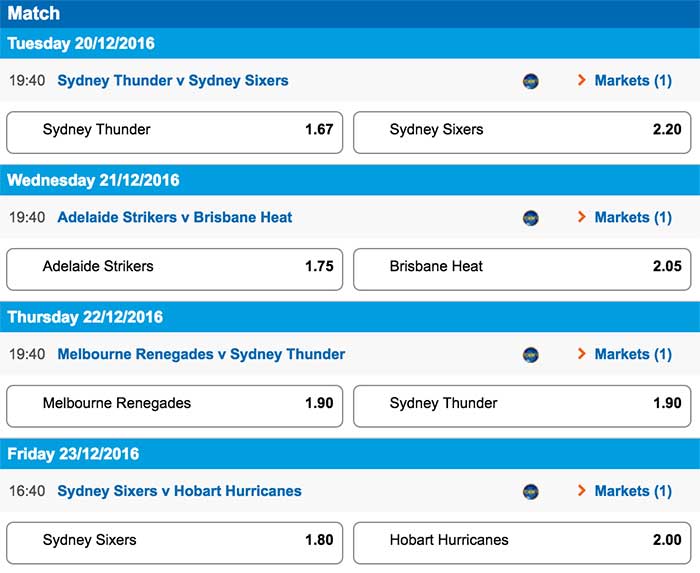