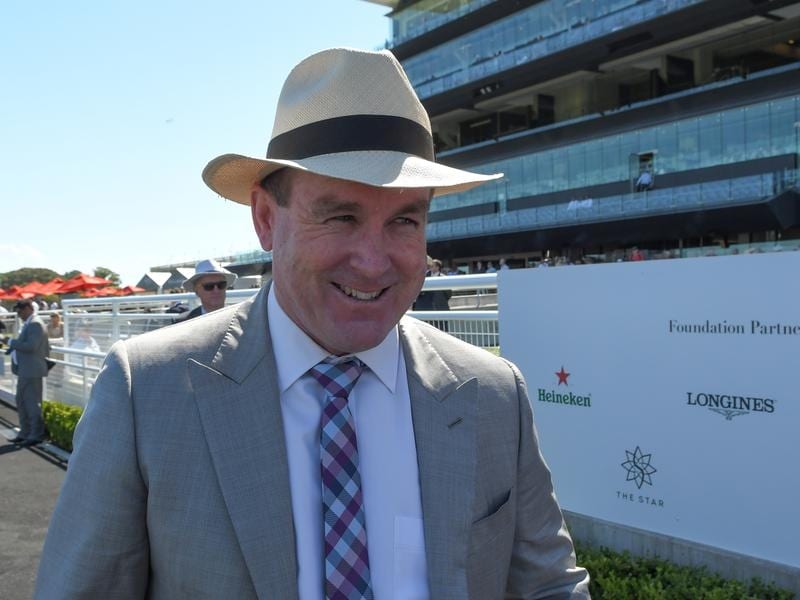 John O’Shea is an unabashed fan of stand-alone Saturday race meetings hosted by country and provincial clubs during the off-season and would be happy to see the initiative expanded.

O’Shea would love to see more regional racetracks given the chance to get on board and says the concept is a win-win for the industry.

“I’m a massive fan. It would be nice if we could have some sort of country and provincial program that incorporates Wagga, Grafton, Scone, those sort of places,” O’Shea said.

“It just generates a bit of interest and, to be fair, the participants have voted with their feet with 400 and something nominations.

“It’s a really enjoyable time of year when you can get away and do something a bit different.

“You’re taking our sport to the country and provincial areas which gives the tracks a rest in Sydney and stimulates interest in the sport in other areas.”

The Randwick trainer will start Pretty In Pink in the Denise’s Joy Stakes (1100m), a year after she won the Woodlands Stakes on the corresponding program.

The filly went on to place in the Group Two Furious and Tea Rose Stakes in the spring then was spelled after a midfield effort in the Group One Flight Stakes in September.

She didn’t race during the autumn in Sydney with O’Shea happy to give her extra time to mature and develop.

“She’s done well and strengthened up nicely but most importantly, mentally she’s in a good place,” O’Shea said.

“I’m really looking forward to presenting her at the races on Saturday because I think she’s in a good frame of form and she’s as fit as we can have her without running her.”

The $300,000 Inglis 3YO Guineas (1400m) is the richest race on Saturday’s card and has attracted a field of nine including the consistent Wild Planet for Hawkes Racing and the Peter and Paul Snowden-trained pair of Military Zone and Signore Fox.