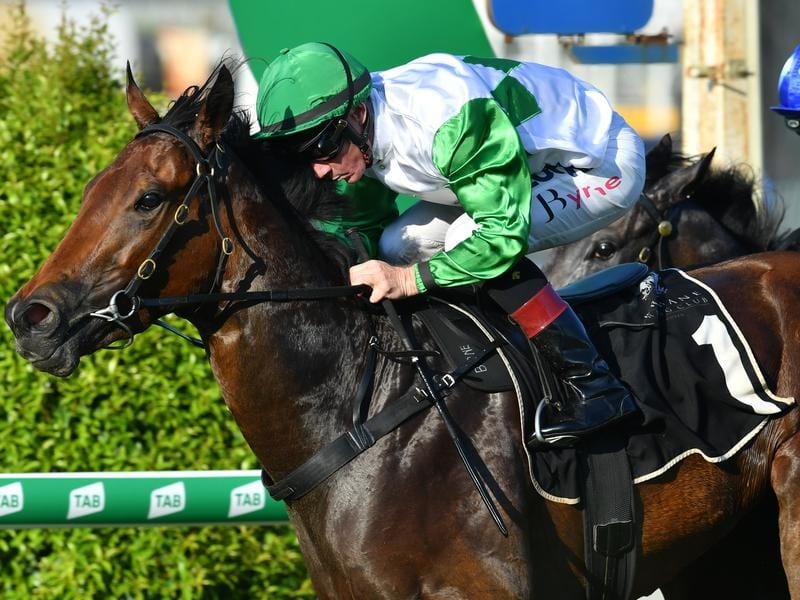 Outback Barbie will be out to become only the second three-year-old filly to win the Doomben 10,000.

Outback Barbie will venture into rarely tested waters when she attempts to become only the second three-year-old filly in 86 years to win the Doomben 10,000.

Unlike like other Group One races in Queensland, the Doomben 10,000 has had so many changes over the years that history has become almost obsolete in assessing the chances of horses such as Outback Barbie.

The other Queensland Group Ones have discernible patterns, some dating back decades, to identify winners.

However, the 10,000 was first run in 1933 when won by Wallun but since then it has had five distance switches, four name changes, and gone from a handicap to weight-for-age.

Outback Barbie is striving to be only the second three-year-old filly to win the race after trainer Tony Gollan changed her campaignafter scratching her from the Silk Stocking because of a wet track last Saturday.

In fact, the 10,000 had been a terrible race for the female sex with only three mares winning it when it was a handicap.

Things weren’t much better when the race switched to weight-for-age in 1997 with male horses winning the first 13 runnings of the race under those conditions.

However, since Les Bridge’s top mare Hot Danish won in 2010 another three female horses have won the race including English who won the second 10,000 since it was switched from 1350m to 1200m in 2017.

Gollan is one who isn’t worried by history or statistics.

“We did the right thing scratching her last Saturday because she was drawn on the inside and wouldn’t have been able to get to the best part of the track,” Gollan said.

“She needs to run on Saturday for the rest of the winter and she gets in with a light weight and wearing blinkers.

“Outback Barbie’s main mission this winter is the (Group One) Tatts Tiara but how she gets there remains to seen.

“There are three- year-old races like the Daybreak Lover Plate but she wouldn’t be out of place in a Stradbroke.”

Jeff Lloyd will ride Outback Barbie in the 10,000 after partnering her in recent trackwork and jump-outs.

Gollan will also have I’m A Rippa in the 10,000 and believes he will go a lot better than his first-up defeat in the Victory Stakes.

“He went too hard early in the Victory Stakes and he is back at Doomben this week where he has won five races,” Gollan said.

Gollan trained the 10,000 quinella the race with Spirit Of Boom and Temple Of Boom in 2014.