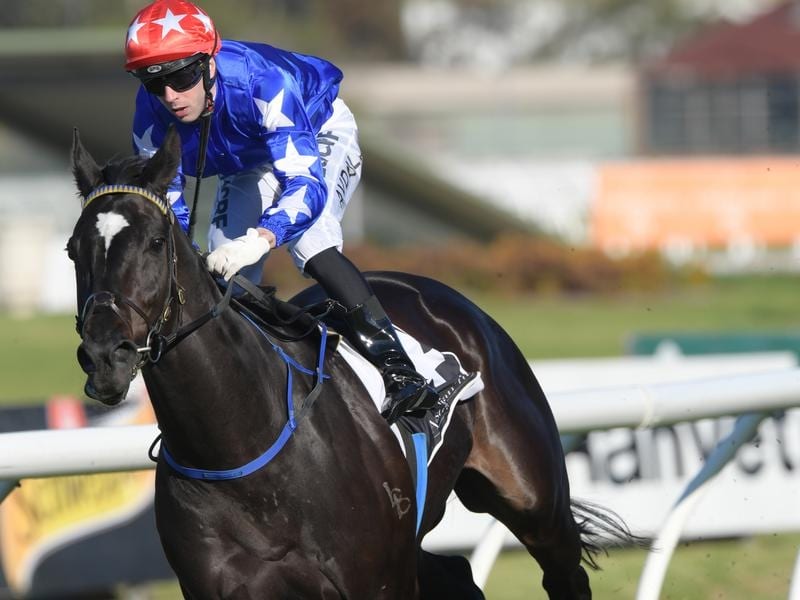 Group One placegetter Harper’s Choice will travel to Brisbane to try to recapture winning form.

Sydney trainer Gerald Ryan has stuck with a proven formula to get Group One performer Harper’s Choice back in the winner’s circle at Doomben.

Harper’s Choice will be chasing his first win in almost a year in the TAB Open Handicap (2200m) on Saturday.

The gelding ran second to New Zealander Jon Snow in the 2016 Group One Australian Derby but has struggled to live up to a high rating since.

He returned to form with a win in the Listed Winter Cup at Rosehill in July last year and then won the Premier’s Cup Prelude at the same track on August 11.

But in eight runs since, including seven in black-type races, he has failed to run a place.

Harper’s Choice showed he still had plenty of zip in his legs when second to Golden Slipper winner Kiamichi in a Rosehill trial on Tuesday.

Ryan said Harper’s Choice had shown a liking for trialling in the week of a race.

“We have done it before – trialled him on Tuesday and raced Saturday. He did it before he won the Premier’s Cup Prelude last year,” Ryan said.

He said Harper’s Choice’s three runs from a spell were not an indication how he was progressing this campaign.

“His first few runs the distances were too short and last time at 2000 metres they went too slow early and it didn’t suit him,”. Ryan said.

He said he had been debating whether to send Harper’s Choice to Melbourne for a 2400m-race but felt Brisbane was a better option.

“He is down in class in Brisbane and he needs to run to get ready for the Wyong Cup and then on to the Sydney spring,” Ryan said.

In-form jockey Michael Cahill will renew a long-standing association with Ryan when he rides Harper’s Choice.

Cahill and Ryan combined to win the Prime Minister’s Cup with My Duke and in the 20 years since have had a steady stream of winners.

He has won another Prime Minister’s Cup for Ryan on Dances On Stars and a Tattersall’s Cup on Ironstein.

Cahill has started the new season where he left off in the winter carnival with a Doomben double last week and a win at Ipswich on Zymatic on Wednesday.

Ryan is looking forward to a big spring and had four winners at Tuesday’s Rosehill trials.