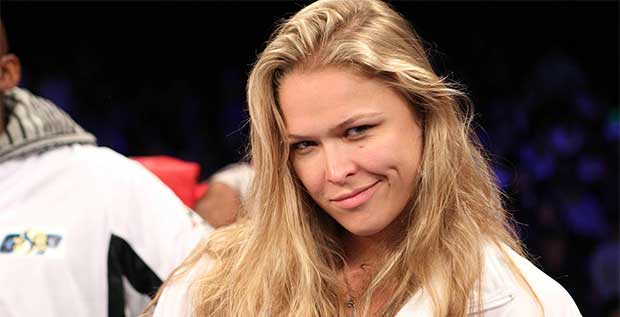 AFTER months of speculation and hearsay, Ronda Rousey has made her UFC comeback official.

The woman they call “Rowdy Ronda” will fight Amanda Nunes at UFC 207.

Rousey will be more than 12 months removed from her last professional fight when she steps into the octagon on December 30, but that has not stopped Sportsbet.com.au from installing her as the -250 favourite to reclaim the bantamweight gold.

Current champion Amanda Nunes faces the daunting prospect of facing arguably the most dominant figure in the sport’s history in her inaugural title defence and is at $2.98 to retain her belt.

UFC president Dana White did the media rounds in the wake of the Rousey announcement, saying the superstar’s absence from the sport was more about a full body and mind recharge, rather than a ‘psychological problem’.

“Everybody wins or loses, it happens.” White said.

“I don’t think anybody saw that coming, Ronda losing any time soon, which is what made it so shocking when it happened. It was never really about a psychological problem with Ronda,

White said MMA, like no other sport in the world requires complete mental focus and nothing short of 100 per cent complete motivation is enough to cut it at the top.

The fight many impartial fans wanted to see was a bout between wrecking ball Cris ‘Cyborg’ and Ronda Rousey, which plenty of pundits mooted would happen upon her return to the UFC, but White stated the returning star is intent on winning back her UFC title first and foremost.

White said a battle between the two wrecking balls is bound to occur at some stage, but Rousey had earned the right to ask for another shot at the bantamweight gold.

The bantamweight title fight between Amanda Nunes and Ronda Rousey is set to take place at UFC 207 in the MGM Grand Arena, Las Vegas on December 30.