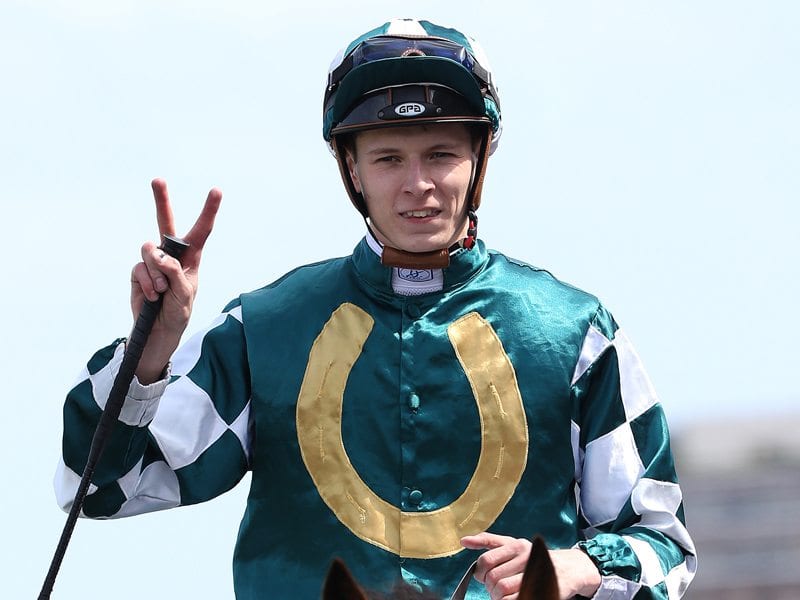 Young jockey Koby Jennings admits he is nervous about life as a senior rider.

There probably aren’t too many professional athletes who can lay claim to the journeyman tag at 21.

Ahead of his last meeting as an apprentice at Randwick on Saturday, Jennings admits he is nervous about the future.

“It’s a bit of a shame. I’m getting all these opportunities from trainers and it’s a bit unnerving to think what will happen next,” Jennings told AAP.

But there is no shortage of inspiration in the Sydney jockeys’ room, with champion Hugh Bowman hovering around that weight.

And Jennings is aware of what it takes to get to that level.

“You work your butt off,” he said.

As well as hard work, Jennings will be counting on the continued support of stables like Hawkes Racing.

They have turned to him even when his weight has nullified his claim.

Jennings rode Palladian to victory at Warwick Farm on Wednesday for the Hawkes team without being able to claim and will do the same for two of his three rides for the stable at Randwick on Saturday.

Michael Hawkes has been effusive in his praise for Jennings and has put his faith in him to ride Kaepernick in the Listed Lightning over 1100m.

It will be a chance for Jennings to get a second stakes winner after his win aboard Danish Twist in the Listed Winter Stakes on June 11.

That victory, along with riding four winners at Rosehill the Saturday before,, go down as his highlights on the track.

“The four winners on a Saturday – I never thought I’d do that,” Jennings said.

And Jennings treasures the friendships forged during his apprenticeship as much as his success on the track.

He met his best mate and fellow rider Carl Spry during his stint in Darwin.

“I followed him to Canberra and he’s back in Darwin and we still keep in contact,” Jennings said.

While in Canberra he was indentured to Barbara Joseph and her trainer partner and son Paul Jones.

“It’s freezing that place. I went from Darwin’s wet season to Canberra’s winter – the hottest place in Australia to the coldest,” Jennings said.

But his form was hot enough for Joseph to insist on Jennings moving to Sydney where he was runner-up in last season’s junior premiership.

Jennings will ride last-start Canterbury winner Super Maxi in the Listed Brian Crowley Stakes (1200m) and Bullrush in a benchmark handicap over 1400m both for the Hawkes stable on Saturday.

“Super Maxi does deserve to be in this sort of grade on its last Wednesday win and Bullrush will be running in stakes races soon.”