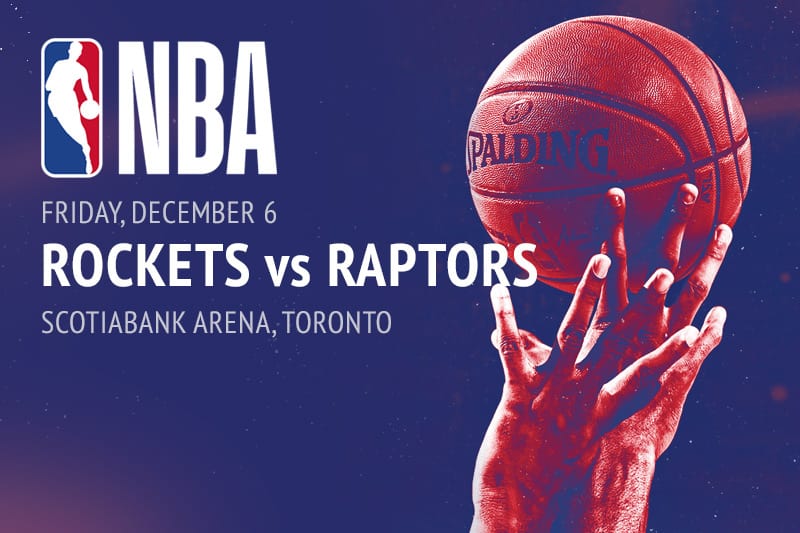 James Harden has been scoring at will for the Houston Rockets in the last few games, but the Toronto Raptors will be a tougher assignment in Friday’s star-studded NBA clash.

Both teams are well and truly in the running for the 2019-20 NBA Championship, with Houston touted as one of the West’s best.

Pascal Siakam and Fred VanVleet have become a strong duo up north, but they are not as imposing as the MVP duo of Harden and Russell Westbrook.

Scoring 110 from his past two matches, Harden is having another MVP-like season even though his efficiency has dropped tremendously.

There are no genuine injuries to either side that will influence this match, but the return of Kyle Lowry will be big for the Raptors.

Both teams look capable of advancing deep into the playoffs, so could this be an early sighter at an NBA Finals matchup?

Pascal Siakam over 31.5 points + rebounds @ $1.83 with Sportsbet
There are very few players that come from outside America and make an impact as quickly as Pascal Siakam has, which was topped off last season with a championship ring and Most Improved Player award. Spicy P is very effective on boards and can score quickly. With his length and shooting prowess, combined with an average of nine rebounds per game, Siakam will score a high total in this game and cover the 32-point line.

Clint Capela over 29.5 points + rebounds @ $1.93 with Sportsbet
Clint Capela has never averaged such low numbers on rebounds as he did in the early weeks of this season, mainly due to Russell Westbrook not understanding his role. Now that Westbrook does not steal as many rebounds, Capela has averaged 20 rebounds in his last five games. The Swiss star is much more athletic than Marc Gasol, which will allow him to both grab more rebounds and score more points.

Fred VanVleet over 2.5 three-pointers @ $1.91 with Sportsbet
Kyle Lowry does not shoot the ball well from beyond the arc, but that’s where VanVleet thrives. Now that Lowry can control the ball, VanVleet will have more opportunities to find space and open shots. James Harden averages a high number of steals due to pressure from his teammates, but he often gives up a lot of shots. VanVleet will understand that and look to exploit Harden’s defensive weaknesses.

Toronto Raptors to win @ $1.81 with Sportsbet
The Toronto Raptors very rarely lose two straight home matches. This will be a hard one to win, but we believe the Raptors can expose the Rockets on defence. It is great that Harden is scoring historic amounts, but he is not very efficient and can suffer against solid defence such as what the Raptors will bring.