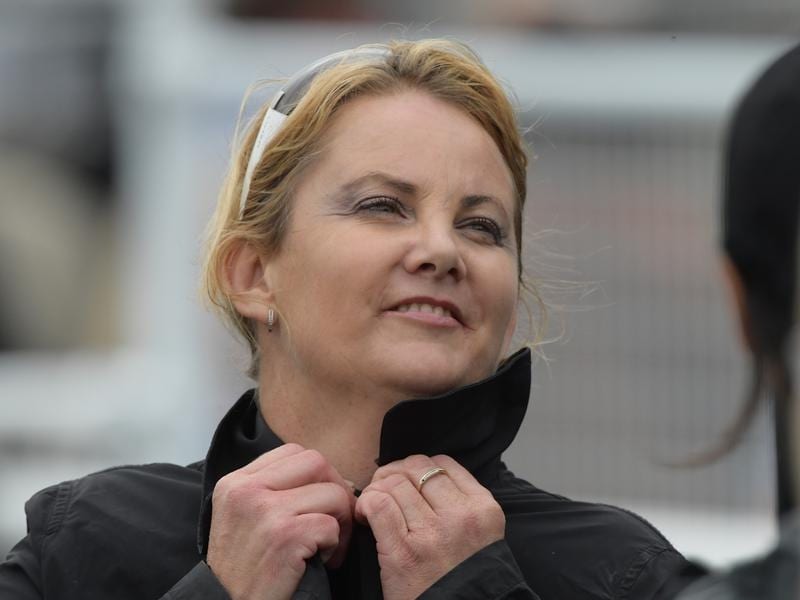 Best known as the trainer of Doncaster Mile winner Nettoyer, Wendy Roche has been enjoying her latest challenge with recent stable acquisition and mudlark Star Of Harada.

Roche has picked up several extra horses on the back of Nettoyer’s Group One heroics, the bulk of them babies.

So when seasoned five-year-old Star Of Harada landed on her doorstep last month, Roche was happy to take on the challenge of a tried horse.

“Once they’re happy, they love being there. I’m not saying that’s an easy thing, it’s probably not an easy art, but I find it easy.

“I just give the horses what they want. I’m a small stable so I can afford to do that.”

Star Of Harada has won his past two starts, significantly both on heavy tracks.

He is set to get those conditions again on Saturday at Randwick where Roche has opted to start him over 1000m in preference to the 1200 of the Winter Dash.

Roche was confident the horse would win at Warwick Farm last start and is just as bullish this weekend, adamant he is a different animal on wet ground.

“Others had form in that race and were probably better horses than him but when you get into heavy ground he acquits himself so well he becomes a city horse,” Roche said.

Stablemate Zakspeed will be given a distance test when he stretches to 1500m in the two-year-old race.

Roche said the youngster was clueless when he came to her but had taken a lot of benefit from his first race experience where he finished sixth in a maiden at Warwick Farm.

“His trackwork has been a lot keener,” Roche said.

“We will see if he’s a Guineas horse. He is well bred and he’s got ability but he has got no idea.”

Nettoyer has been spelling at Roche’s property south of Sydney and is due to return to work in the next two weeks ahead of a campaign geared around the Epsom Handicap and Cox Plate..

The mare is renowned for her penchant for junk food and Roche said her kids had been spoiling Nettoyer during her winter break.

“I haven’t taken her rug off for a little while, I’d hate to see what she’s going to look like under that,” Roche said.