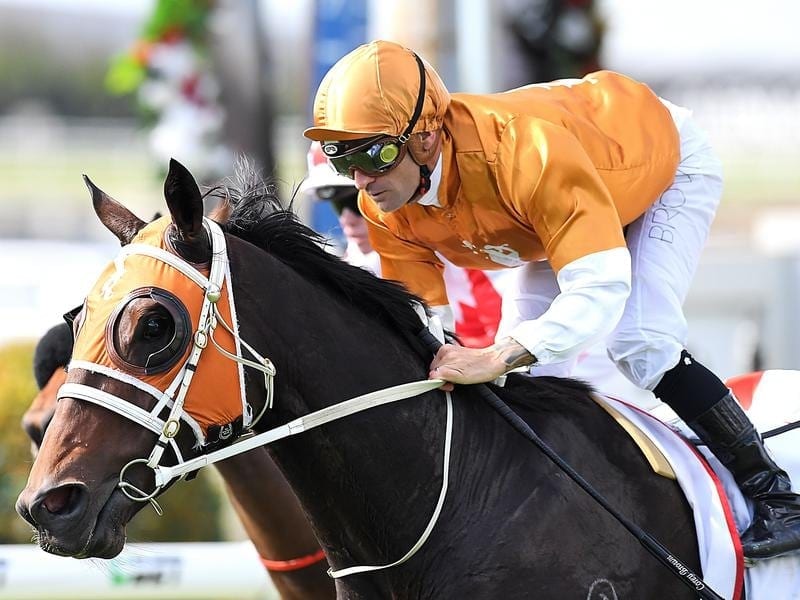 The Cups claims of Rising Red will be put under microscope in the Naturalism Stakes at Caulfield.

Rising Red missed the 2017 spring carnival because of injury but his connections are hoping the New Zealand Derby runner-up can be a contender in feature staying races this time year.

The Trent Busuttin and Natalie Young-trained gelding clashes with a host of other stayers trying to secure a prized ballot exemption into this year’s Caulfield Cup in Saturday’s Group Three MRC Foundation Stakes.

Saturday’s 2000m race has a capacity field of 16 plus four emergencies and only two of the runners – Megablast and Northwest Passage – are not among Caulfield Cup nominations.

“He’s just a bit low in the ratings so we’ve just got to try to win a decent race in his next couple of starts to get him up in the ratings,” Young said.

“The end result would be nice if we could end up in the Caulfield and Melbourne Cups.”

Rising Red’s performance on Saturday will prove telling on where the five-year-old heads next and whether he continues towards the major spring Cups.

After his New Zealand Derby placing last year Rising Red spent a year out because of a suspensory injury.

He returned in March and won the Group Three Premier’s Cup in Brisbane at his fifth start back before a Brisbane Cup tilt was aborted.

“He won the Premier’s Cup convincingly and then just wrenched his joint slightly in his last gallop leading into the Brisbane Cup,” Young said.

“We made the call to pull the pin and bring him home and sort that out. We gave him a month spell and it seemed to work wonders.

“His first-up run at Moonee Valley was super and he’s pulled up great.”

Rising Red finished second to Moss ‘n’ Dale in a 1600m open handicap at the Valley last Saturday week and Young hopes the stayer gets luck in running from barrier 10 in his first Caulfield start.

“If he can get across early and sit midfield I think he’ll hit the line nicely.”