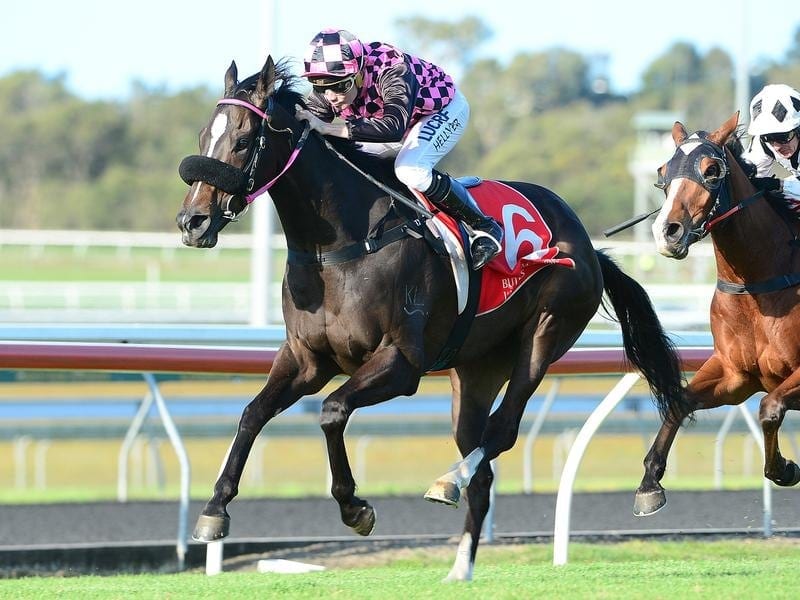 The Robert Heathcote-trained Monaco Snob will be chasing a hat-trick of wins at the Sunshine Coast.

Stoutly bred gelding Monaco Snob has gone from stable fool to a possible staying star in the space of one campaign.

Monaco Snob will be chasing his third straight win in the Hotspot Titanium Handicap (2200m) at the Sunshine Coast.

Trainer Robert Heathcote won the staying race at Doomben last week with Kubis and he also rates Monaco Snob as a Saturday-class horse.

Heathcote’s wife Vicki is the major share holder in Monaco Consul who cost only $24,000 as a yearling and has already won four races.

“To put it frankly when he came into the stables he was a fool. He could do nothing right,” Heathcote recalled.

“But all along I felt once the penny dropped you would see a pretty good stayer once he got out to 2200 metres on a big track.”

“He was an impressive winner at the Sunshine Coast in midweek company and I see no reason he can’t step up to Saturday grade,” Heathcote said.

“He is by Monaco Consul and they get better with age and he is a case in point.”

Heathcote has not ruled out a tilt at the $1 million Magic Millions Trophy with Monaco Snob in January.