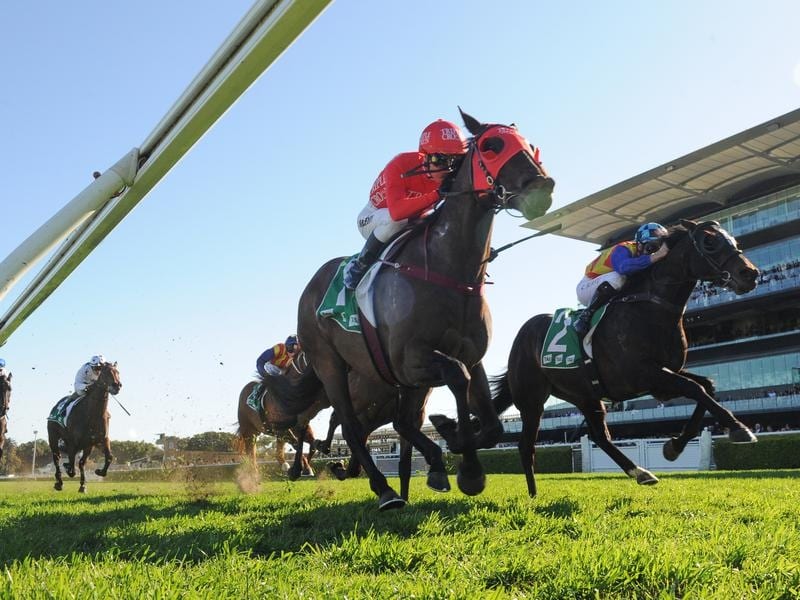 Redzel is in great shape ahead of a tilt at a third win in the $14 million Everest.

Redzel has won the only two editions of the $14 million Everest and in an ominous message to the speedster’s rivals, co-trainer Paul Snowden has declared the horse to be in the shape of his life.

“It’s a hard call but I believe it’s true. He is physically way better than what we’ve had him the last two years,” Snowden said.

Snowden, who trains the horse alongside father Peter, has been meticulous with Redzel’s preparation, replicating the path he took to win the Everest two years ago.

After outpacing rivals when he resumed with a win in the Concorde Stakes, Redzel was a fighting third behind Everest rivals Pierata and Classique Legend in The Shorts.

He was given a barrier trial at Gosford on Tuesday to keep him up to the mark, the Snowdens again replicating the timing they used two years ago by giving the horse a hit-out 11 days before his target race.

Snowden says one of the biggest factors in Redzel’s favour is his experience at the top level.

While some of his Everest rivals are younger sprinters still learning their trade, Redzel has proven he can consistently compete at a high level over the course of a preparation.

“He is a seasoned sprinter and that’s what is coming out,” Snowden said.

“It is the run-to-run, hard, absorbing-pressure races that these older horses can handle where a younger horse can take a bit more time to harden up.”

“That’s just the difference between an old, hard head and a young horse coming through.”

“He runs his own race. I know what I’m going to get with him.

“He’ll empty out 120 per cent and if it’s good enough he’ll win. If not, he’s going to be somewhere just off them.”

The barrier draw for The Everest will be conducted on Tuesday night.