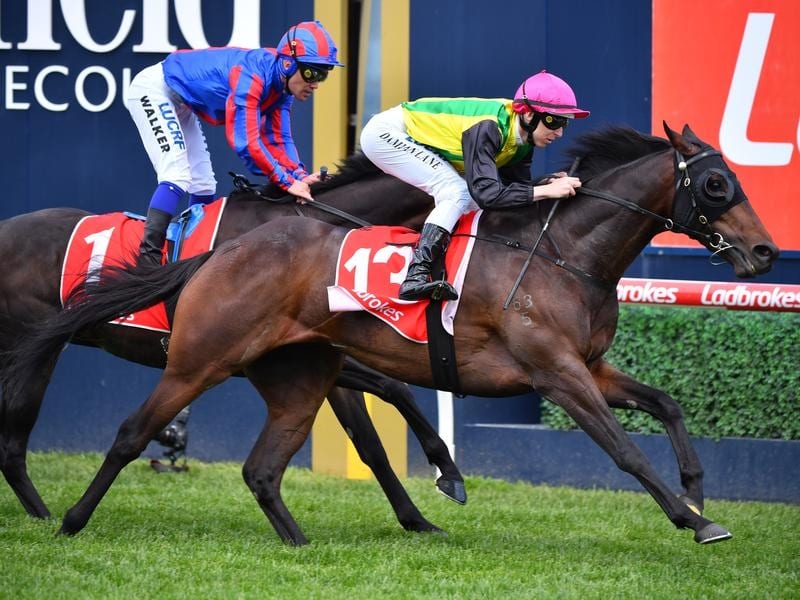 The Chosen One has come through his Herbert Power win well, boosting his Caulfield Cup hopes.

Lightweight jockey Stephen Baster will ride The Chosen One in the Caulfield Cup with New Zealand trainer Murray Baker looking to add to his exceptional record in major Australian races.

Baker, who runs the premier stable with partner Andrew Forsman, has won 21 Group One races in Australia, more than any other New Zealand-based trainer.

The Baker/Forsman-trained The Chosen One claimed Saturday’s Herbert Power Stakes to earn a place in the Caulfield Cup a week later.

Baker, who won the 2015 Caulfield Cup with Mongolian Khan, flew back home after inspecting The Chosen One on Sunday.

“I stopped in and saw him at the stables on my way to the airport and he looks great,” Baker told NZ Racing Desk.

“I think the most pleasing part of Saturday’s race was the way he attacked the line and was strong at the finish.

“He proved that he gets the 2400 metres well and that was a very good horse (Prince Of Arran) that he beat.

“We will monitor him over the next few days but there is no reason why he can’t take his place in the Cup next weekend and with his light weight he looks to have a good chance.

Baker admitted he was still puzzled by The Chosen One’s lacklustre performance at his previous start in the Underwood Stakes.

“I don’t have any reasons as to why he went the way he did as his work had been good and we thought he would put up a good performance,” he said.

“He has trained on well since then so we went into Saturday with some cautious optimism that the real horse would stand up and thankfully he did.”

Baker harbours thoughts of the Melbourne Cup after depending on The Chosen One’s Caulfield Cup performance.

“Our focus is on The Caulfield Cup but if he was to run well there then the possibility of a start at Flemington will become more of a reality,” he said.

“I would think he will improve sharply up the ratings after his win on Saturday but I guess the biggest question is whether he will get a true 3200 metres.”

The Chosen One is 68th in the order of entry for the Melbourne Cup for which he has 51.5kg with handicapper Greg Carpenter to decide on Monday whether his Herbert Power victory warrants a Melbourne Cup penalty.