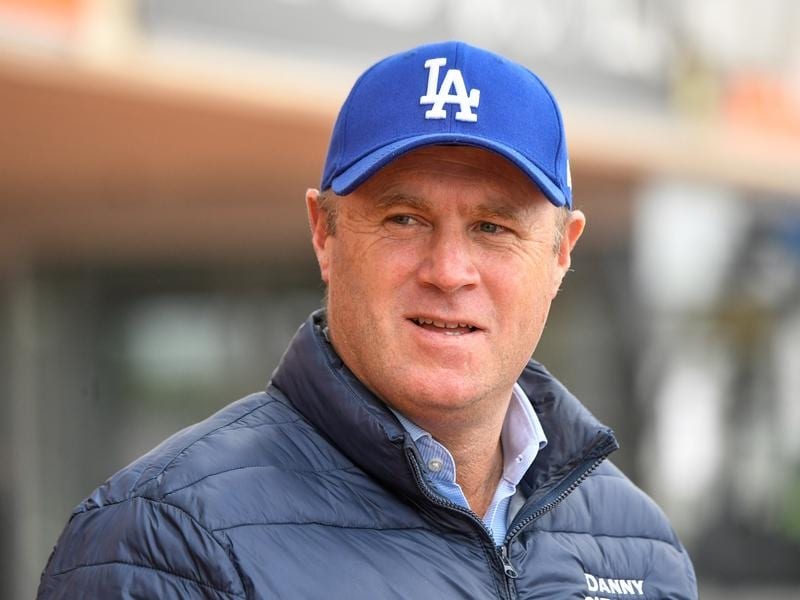 Trainer Danny O’Brien assessed a couple of his spring contenders during the Geelong meeting.

Trainer Danny O’Brien has taken advantage of a course proper gallop at Geelong with two of his spring stars.

Melbourne Cup winner Vow And Declare and up-and-coming star Russian Camelot were put through their paces at Geelong between races on Friday.

Vow And Declare led out the gallop and was joined on the line by Russian Camelot in an easy workout.

O’Brien said it was the first time the pair had worked together with the trainer saying the horses are competitive types that do not work in company too often.

“They were here to have a day out,” O’Brien told racing.com.

“They came to the racetrack to enjoy a stretch of the legs on the course proper.

“Vow And Declare was there to lead the gallop as he likes to bowl along in his work with Russian Camelot sitting back off him.

“They weren’t there to run any sectionals that they weren’t comfortable running, but they’re very good horses so they’ll run run good sectionals anyway.

“Damien (Oliver) said Russian Camelot was very competitive and wanted to get up to Vow And Declare, but he made sure he stayed relaxed and went to the line with plenty in hand.”

O’Brien said the pair was likely to have their first runs of the spring in the Makybe Diva Stakes (1600m) at Flemington in September.

Vow And Declare was sent for a break after three autumn runs, culminating in a disappointing fifth at Flemington in late April while Russian Camelot has not been seen since winning the South Australian Derby at Morphettville in May, his third win from five career starts.