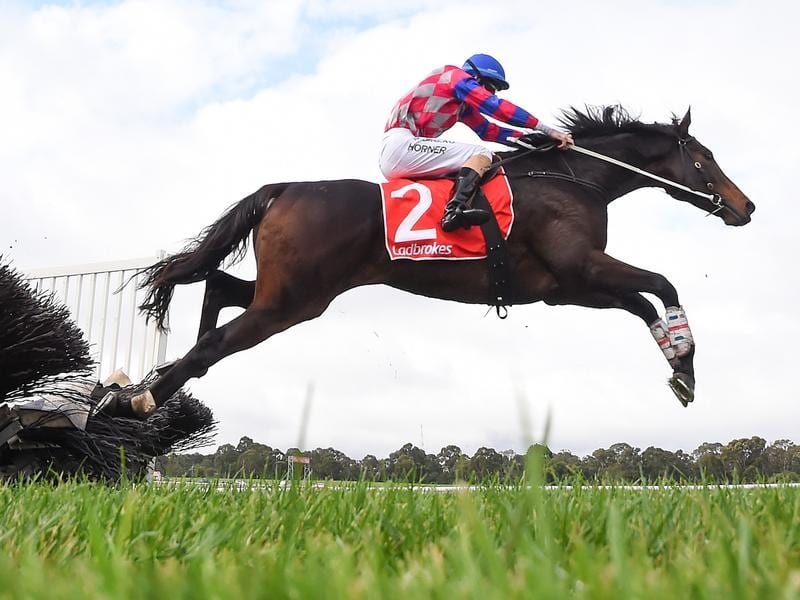 New Zealand jumper Gobstopper is back for another crack at the Grand National Hurdle at Sandown.

The talented stayer-turned-jumper has been a revelation since switching vocation and is one of a number of Kiwi gallopers in contention for the Grand National Hurdle (4200m) at Sandown.

Fellow New Zealand jumper Tallyho Twinkletoe will have to create a modern day weight-carrying record if he is to record back-to-back Grand National Hurdle wins after being lumped with a 73.5kg impost, 3kg more than Gobstopper, who chased him home into third last start.

Campbell retains a share in Gobstopper, having prepared him to win last year’s Brendan Drechsler Hurdle (3500m) before he failed to finish the Grand National Hurdle.

The son of Tavistock has won three feature hurdles this winter with wins in the Galleywood Hurdle (3200m), Australian Hurdle (3900m) and Kevin Lafferty Hurdle (3200m) and will face his biggest challenge to date on Sunday.

“It was a good field and he went a nice race but his main aim all along has been the Grand National so I’m hoping there’s a little bit of petrol left in the tank.

“He was new at the game this time last year when he failed in the Grand National and he’s got some ringcraft now so it will be interesting to see how he goes.”

Campbell expects to be tuning in to Australian racing on a more regular basis after recently sending some handy types across the Tasman, with the blessing of principal owner Tommy Heptinstall.

“We have done it with New Zealand racing up in the air a bit and the stakes are poor.

“We’re testing the waters over there and we’ve got two very good trainers. If it works, great.”