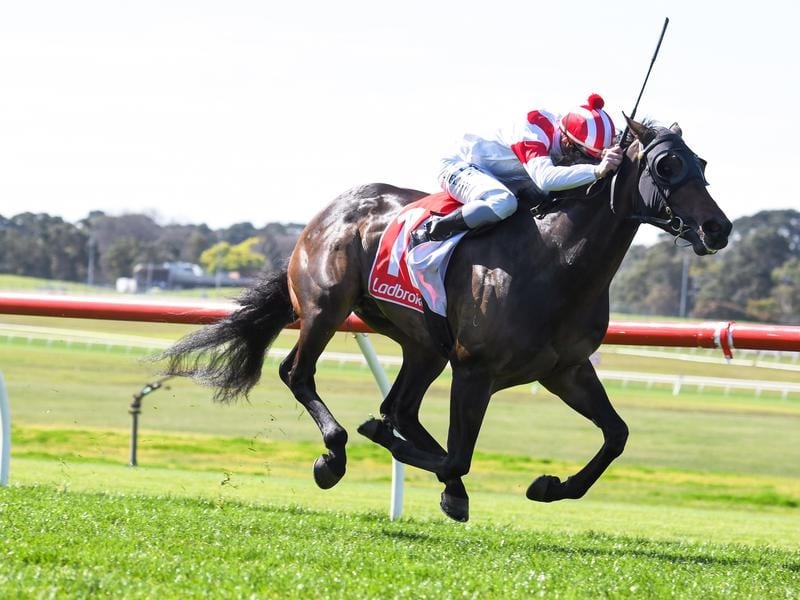 Sandown winner Pure Legend has been earmarked for a racing career in Hong Kong.

Pure Legend is Hong Kong bound after leading throughout in a maiden victory at Sandown.

Trainer John Sadler said he had almost cost the $3.40 favourite victory in Wednesday’s Ladbrokes Odds Boost Plate by stepping the gelding up in distance.

“He’s a beautiful horse, he looked terrific today, has great temperament and I think he’ll be heading off to Hong Kong,” Sadler said.

“Bon Ho is a good client and he’s got a permit for a horse in Hong Kong.

“He’s got a heap of horses here and is wanting one of his own to qualify so he can take it up there to race.”

Even though Pure Legend was successful over 1400m on Wednesday, Sadler thinks the three-year-old would be better suited kept to a shorter trip.

Pure Legend held a commanding lead passing the 200m mark, before recording victory by a neck over Relucent.

“I’m pleased with the horse but disappointed in myself,” Sadler said.

“Even though he’s won, and I’m very pleased that he’s won, I think I ran him in the wrong race today.”