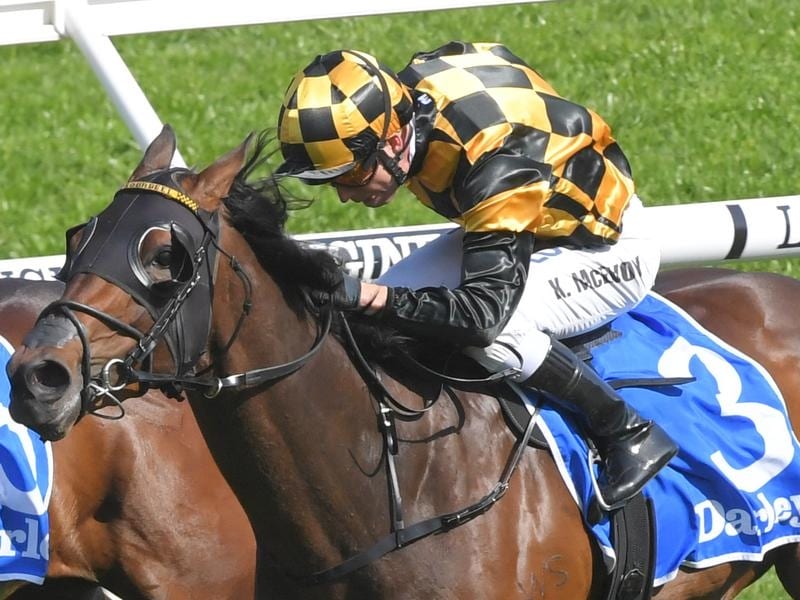 Probabeel is challenging for favouritism on the Group One Flight Stakes for three-year-old fillies.

As the boss of New Zealand’s Te Akau Racing operation, David Ellis is used to success at home and abroad but takes nothing for granted.

Te Akau has New Zealand champion Melody Belle vying to become the first horse to win the Hastings triple crown on Saturday and Te Akau Shark and Probabeel racing for Group One wins at Randwick in Sydney.

Te Akau Shark is among the favourites for the Epsom Handicap while Probabeel is the only filly given a chance to topple Funstar in the Flight Stakes with both races over 1600m.

The Chris Waller-trained Funstar got the decision by a nose in the Tea Rose Stakes (1400m) with Ellis and trainer Jamie Richards hoping to turn the tables over the longer distance.

“We’ve always sent our good horses to Australia, but also been mindful of sending the right horses because it’s never been easy to win over there,” Ellis told NZ Racing Desk.

“First and foremost, you have got to have the right horses. We felt that with Probabeel and Te Akau Shark were horses that could compete at this time of year in Sydney, and they’ve certainly proven that.”

“We’ve been so proud of Probabeel in her first two starts at Randwick,” Ellis said.

“I thought her fresh-up run (fourth) over 1200 metres in the Furious Stakes was terrific, but when she charged home to only be beaten a nose last time in the Tea Rose it was pretty hard to swallow.

“We’ve had a plan of setting Probabeel for the Princess Series after she won the Karaka Million and an Epsom goal with Te Akau Shark after he won the Coupland’s Mile last November.”

Probabeel is aiming to become the first New Zealand filly since Sunline in 1998 to win the Flight.

Richards has been travelling back and forth across the Tasman over the past few weeks.

“Probabeel drew the outside (6) in a small field, so she’s got to go back but won’t be too far off them and she’ll run well,” he said.

“I was really happy with her work on Tuesday morning.

“I’ve just kept things pretty simple. She’s a filly that could become pretty dour if we stepped up her work too much, so we’ve kept it sharp.

“She is eating well, held her condition, and I think she looks terrific.”

The other four runners were at $21 or longer.