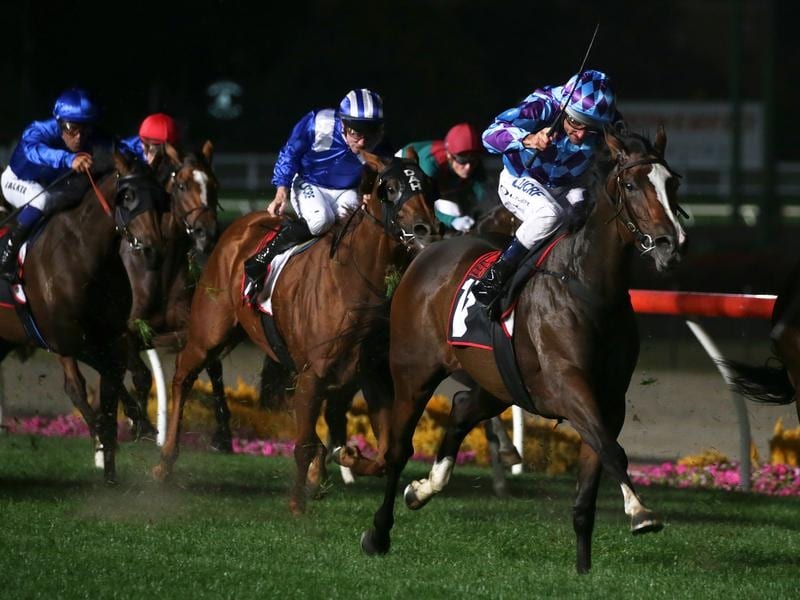 Australasian Oaks winner Princess Jenni will begin her campaign in the Let’s Elope at Flemington.

Group One winner Princess Jenni is set to launch her spring campaign in the Let’s Elope Stakes at Flemington.

The winner of four of her seven starts, Princess Jenni took out the Group One Australasian Oaks (2000m) in Adelaide in May and resumes on Saturday in the Group Two 1400m-race for mares for her first start since being unplaced in the Queensland Oaks.

Her preparation has included a Cranbourne barrier trial and a recent race day gallop at Sandown.

Trainer David Brideoake is looking forward to taking her back to the races.

“She’s our number one hope for the spring,” Brideoake said.

“Her lead-up work has all been good and I would expect a pretty good showing first-up.

“She has furnished really well after some time resting in Queensland. She is not fully furnished yet but she is coming along really well.”

Brideoake is looking to give Princess Jenni a relatively light spring, with the Group One Empire Rose Stakes (1600m) at Flemington during the Melbourne Cup Carnival in his thoughts.

He believes she has the sharpness to be competitive over the 1400m on Saturday.

“She will be sharp enough and then we would progress towards the (Empire Rose Stakes) I would say,” he said.

The trainer is convinced Princess Jenni will get better again next autumn with more time to furnish.

“That big frame she has got, when she is fully furnished we’ve got a lot to look forward to,” he said.

Damien Oliver rode Princess Jenni in all five of her starts during her previous preparation and continues the association in the Let’s Elope.