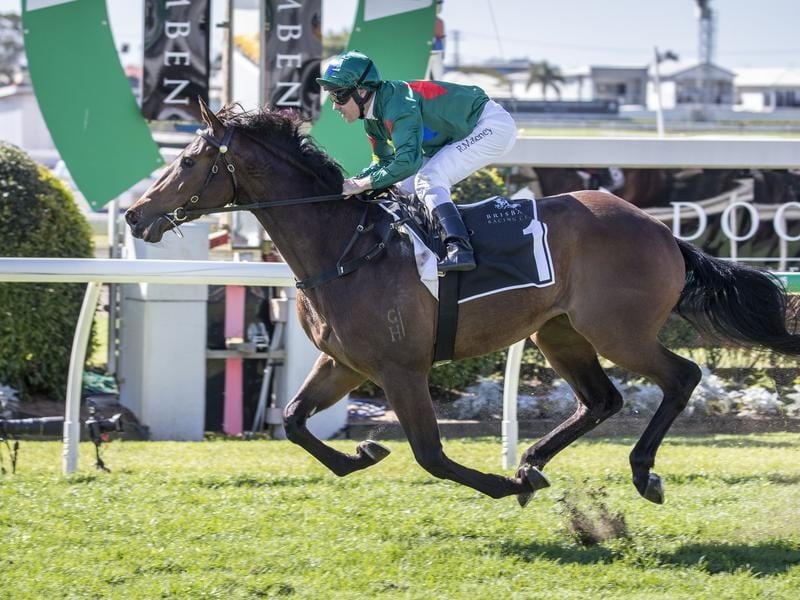 Trainer David Vandyke hopes Alligator Blood can get his Caulfield Guineas plans back on track.

Caloundra trainer David Vandyke has reverted to plan B for the unbeaten Alligator Blood after an aborted Sydney campaign.

Alligator Blood had been set to make his Sydney debut in the Ming Dynasty Quality at Randwick last week.

But he was a late scratching when he became agitated in the race day stalls.

Vandyke said he had no choice but to approach stewards to scratch Alligator Blood.

“It was no use trying to run him as he was a mess. We don’t know what set him off,” Vandyke said.

Alligator Blood has returned to Caloundra and will have his next start in a Class Five Handicap (1400m) at the Sunshine Coast next Sunday.

It will be Alligator Blood’s second run from a spell after he scored an impressive first-up win at Doomben last month.

“He will face older horses but it is a Plate race so he will get in OK at the weights,” Vandyke said.

“I have already booked Jake Bayliss for the ride.”

Fellow Caloundra trainer in Stuart Kendrick is also looking to Melbourne and the Victoria Derby with Eric The Eel.

“He needs another jump-out which he can have on Tuesday. Then we will look for a 1400 metre race for his first-up run,” he said.