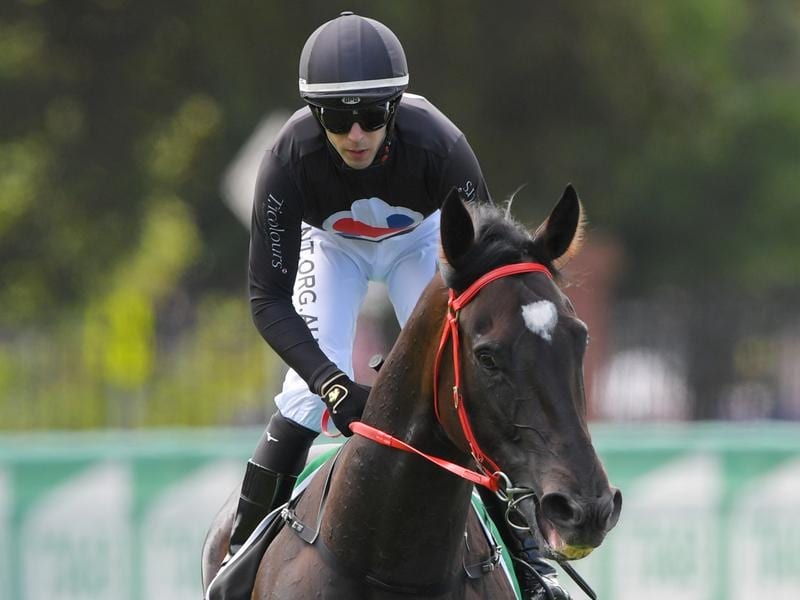 Fasika begins her spring preparation in the Sheraco Stakes with hopes of earning an Everest slot.

Joe Pride won’t be wasting any breath spruiking his two Everest contenders, instead content to rely on Fasika and Eduardo to do their talking on the racetrack.

Eight slots in the $15 million race remain up for grabs after Rothfire became the fourth horse confirmed for a berth on Friday.

Pride believes both his sprinters have undeniable Everest claims with Eduardo undefeated in two winter runs for the stable and the up-and-coming Fasika already a Group One placegetter from just 10 starts.

Fasika will resume in the Sheraco Stakes (1200m) at Rosehill on Saturday while Eduardo gets a chance to press his credentials when he takes on Classique Legend in The Shorts (1100m) at Randwick a week later.

“She runs this week, he runs the week after. They’re not colts so they’ve got to do their talking on the racetrack,” Pride said.

“People know I want to get them in. If he knocks them off in The Shorts he is a logical pick for someone. There will be drop outs, there always is.”

Pride identified the Sheraco as an ideal campaign starting point for Fasika some time ago and she has been well prepared for her resumption with her trial form including a narrow victory over Saturday’s Concorde Stakes winner Gytrash.

Given she is only lightly-raced, Pride has no doubt Fasika still has upside and can go to a new level this preparation.

Brenton Avdulla will partner her in the Sheraco and should she win and attract the interest of an Everest slot holder, her campaign is mapped out.

“She will most likely go there (Saturday) and then the (Golden) Pendant,” Pride said.

“If she did go to the Everest, my plan would be to go there third up, three weeks between runs. I like the idea of coming back slightly in distance with my horses, they really hit the line when I do it.”

Fasika is one of 19 entries for the Sheraco Stakes while all eyes will be on returning Golden Slipper winner Farnan in The Run To The Rose (1200m).