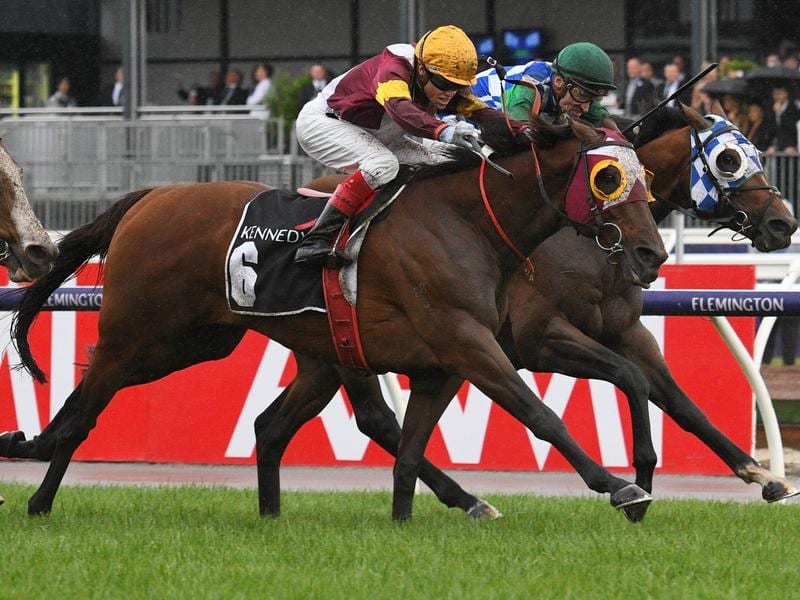 Sydneysider Fierce Impact will return to his happy hunting ground of Melbourne when he runs in the Group One Makybe Diva Stakes at Flemington and will be a fixture in Victoria for the rest of the spring.

Fierce Impact will be taking on a strong field including Russian Camelot, Dalasan and Melbourne Cup hero Vow And Declare in Saturday’s feature.

Last spring, Fierce Impact won two Group One races over 1600 metres, the Toorak Handicap at Caulfield and the Cantala Stakes at Flemington.

He came back last autumn for a second in the Orr Stakes and a fourth in the All-Star Mile, both at Caulfield.

His trainer Matthew Smith was thrilled with his first-up third in the Winx Stakes behind Verry Elleegant at Randwick on August 22.

Smith said although Fierce Impact was a seven-year-old stallion, all indications were that the horse was set for his best campaign.

“It was an excellent return to racing. It was good to see him come back in that manner as an older horse,” Smith said.

“For a seven-year-old stallion he’s going about everything really professionally.”

Smith intends to campaign him solely in Melbourne with the Cox Plate his main mission.

After Saturday he will return for the Caulfield Stakes on October 10 over 2000 metres, ahead of the Cox Plate (2040m) on October 24.

Although Fierce Impact’s best form is over 1600 metres, Smith believes he is looking for 2000 metres.

“I was going to run him in the Australian Cup last campaign but he then got in the All-Star Mile so we went to that race.”

Smith hasn’t decided whether Fierce Impact will return to Sydney between races, or stay in Melbourne.

There are 20 nominations for the Group One showpiece, one of seven stakes races on Saturday’s Flemington program.