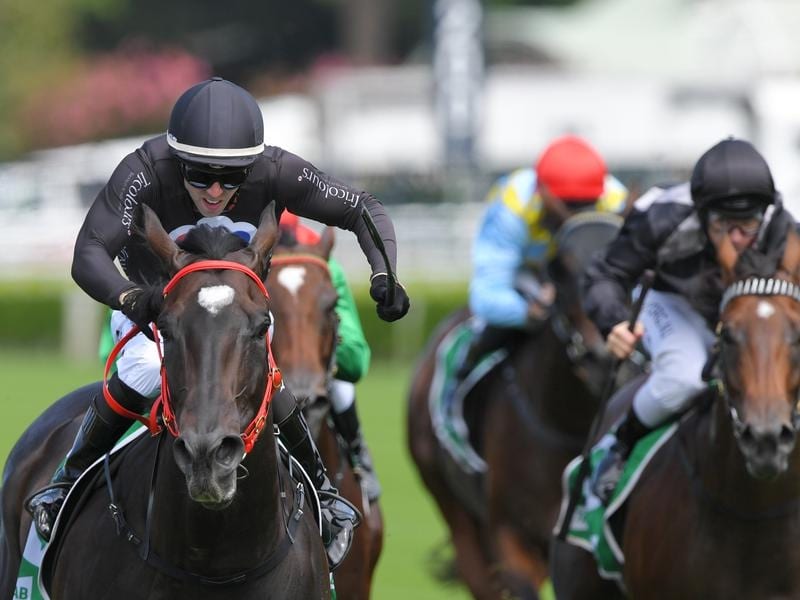 Joe Pride has trained his share of top sprinters and believes Fasika is poised to become one of them this spring.

The Warwick Farm horseman has put the polish on Group One speedsters Terravista and Tiger Tees and won a Doomben 10,000 with Red Oog.

He produced Fasika for an elite placing in one of Australia’s premier sprints during the autumn, the mare finishing third behind Tofane and the now-retired Pierata in the All Aged Stakes in April.

That was just her tenth start and heading into her five-year-old season, Fasika continues to fill Pride with confidence as she builds towards a resumption in the Sheraco Stakes (1200m) at Rosehill on September 12.

“She has 100 per cent developed and in quite dramatic fashion,” Pride said.

“She has only had 10 starts and she was only ever going to get better this mare.

“I am super excited and if she is ever going to win Group Ones, it is going to be now.”

Fasika has been back in the stables for over a month and is scheduled to have her first barrier trial at Warwick Farm on August 7.

With several of the country’s best sprinters retiring since last year’s Everest, including winner Yes Yes Yes, Fasika will get the opportunity to press her claims for a slot.

The mare will be the headline act in Pride’s spring carnival team but he is also looking forward to the return of progressive stayer Stockman, and his crop of rising three-year-olds.

Pride is patient with his horses and invariably produces two-year-old winners at the back-end of the season.

That has not been the case this year, but the trainer says it is not due to a lack of talent.

“I haven’t won a two-year-old race this year. I normally win two or three at the end of the season but I haven’t had any,” Pride said.

“It is a really good crop though, they’ve just taken a bit longer.”