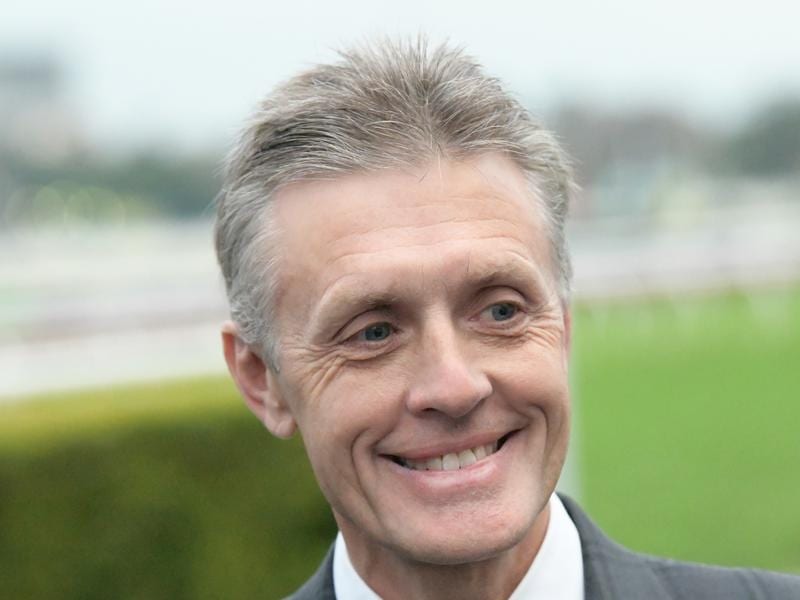 Trainer Mark Newnham is happy with Academy but finding it hard to line up the Ming Dynasty form.

Trainer Mark Newnham is feeling the pain of punters as he tries to sift through the various form lines coming together for an intriguing edition of the Ming Dynasty Quality at Rosehill.

Newham has undefeated three-year-old Academy in Saturday’s Group Three race and admits trying to assess how his charge measures up against his rivals has been a challenge.

“They’ve all got similar form, they’re lightly raced with one or two wins and they’re all coming from different form lines so it will be interesting to see how it all marries up,” Newnham said.

“My horse is at least proven on soft ground and he’s very fit.”

Of the 11 Ming Dynasty runners, only Subedar and Savoury have met before with the former victorious.

Every other horse brings different form references to the race, Academy a debut win on a soft track at Warwick Farm in July followed by a Kembla Grange victory over the 1400 metres of Saturday’s race.

Newnham is taking heart from the gelding’s latest effort, which came against more seasoned horses.

“At Kembla, he carried 58 (kilograms) against older horses and even though the quality probably wasn’t there, they’re battle-hardened and he put them away well,” Newnham said.

“He’s gone on since that and continued to improve and like most of the horses in this race, he’s at the stage where he needs to be tested against the better horses.”

The stable will also be represented by Black Magnum in the Australian Turf Club Handicap (1100m), with the horse looking to restore his reputation after he flopped last start on the back of two impressive midweek wins.

Newnham said the four-year-old was a victim of circumstance from a tricky barrier draw and he anticipated a return to form on a rain-affected track.

“The die was cast after 100 metres last start when he was three-deep with no cover and he was up in weight and up in distance,” Newnham said.

“His work since has been to its usual standard and he’s trialled in between to satisfy the stewards and trialled well.