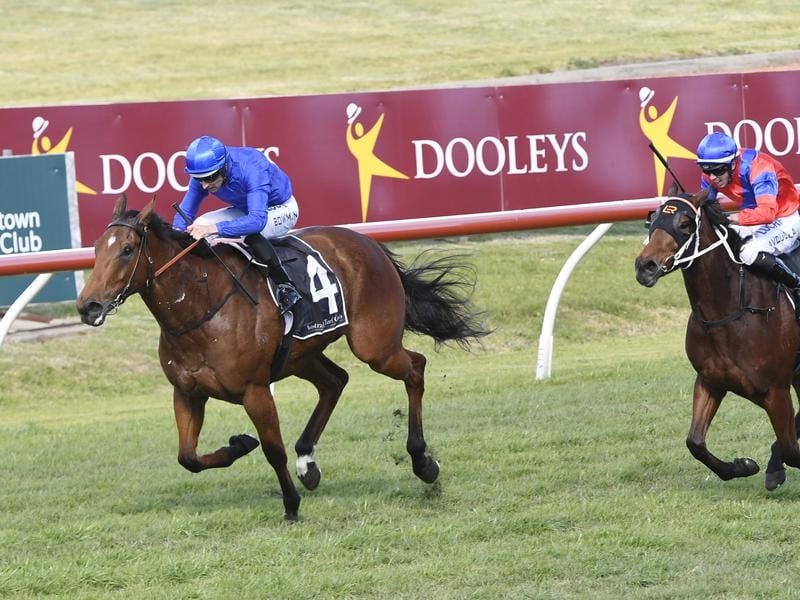 Star mare Alizee can cement claims for the $14 million Everest when she runs in the Memsie Stakes.

Alizee faces a potential campaign-defining race in Melbourne’s first Group One event of the season, with the star Godolphin-owned mare to put her Everest credentials on show in the Memsie Stakes at Caulfield.

She is favourite to claim her fourth Group One win on Saturday and a comprehensive victory in the 1400m weight-for-age race could make a compelling case for Alizee to warrant selection for Godolphin’s Everest slot in October.

The powerful global racing operation owns a slot in the $14 million sprint at Randwick on October 19, with Alizee among Godolphin’s pin-up horses in contention.

Alizee is at $9 in Everest betting but her multiple Group One-placed stablemate Osborne Bulls is higher in the market at $7.

“The interesting thing about this weekend is that it is somewhat a fork in the road for her,” trainer James Cummings said.

“It is an excellent opportunity to demonstrate where she sits in the pecking order for Godolphin’s Everest selection. The pressure will be on her again but we’re confident she’ll run well.”

Alizee has won a Group One weight-for-age race over the Caulfield 1400m earlier this year in the Futurity Stakes and she recently returned from a spell with a first-up victory in Sydney in the Group Two Missile Stakes.

The five-year-old was the $3.30 Memsie favourite on Friday and Cummings said the stable had made a concerted effort to keep Alizee sharp for the race.

“She does look a bit mean and burly with further improvement to come as we get deeper into the carnival. We are still expecting her to be able to produce a big effort second-up at seven furlongs,” he said.

Champion jockey Damien Oliver said he was excited to get the call to ride Alizee for the first time on Saturday after Sydney jockey Hugh Bowman rode her at Rosehill.

“It’s a great opportunity and I hope I can get her over the line,” Oliver said.

One of Alizee’s biggest dangers could be well-performed stablemate Hartnell who is also a Group One winner over the course and distance.

The nine-year-old finished third first-up two weeks ago in the P B Lawrence Stakes, won by Mystic Journey.

Hartnell had a course proper gallop at Caulfield on Tuesday in readiness for the Memsie and Cummings expects the gelding will run to his usual high standard.

“He just seems to be going as good as any of the veteran weight-for-age horses around at the moment and at least amongst those older horses he can be formidably competitive this weekend,” he said.