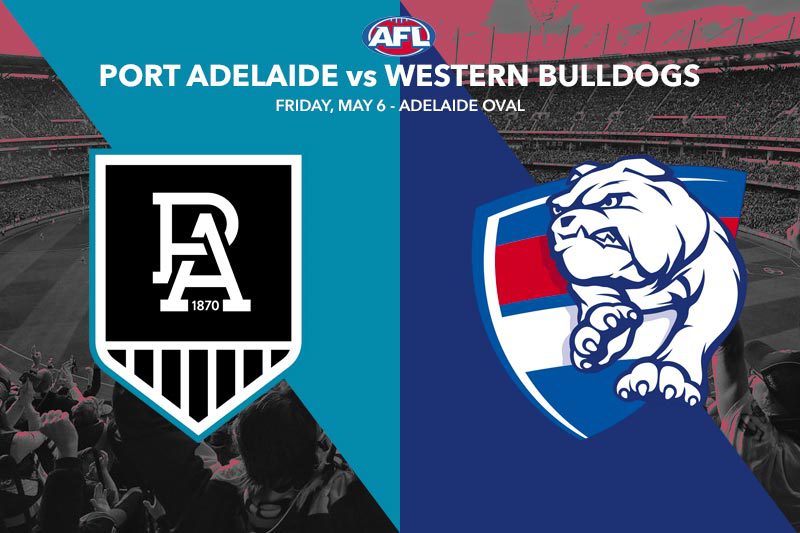 The Port Adelaide Power will seek revenge this Friday night when they host the Western Bulldogs for the first time since their 2021 preliminary final clash.

Luke Beveridge’s Bulldogs put on a show last time they travelled interstate to face the Power, knocking them out of the finals in stunning fashion with an almighty 71-point victory on the road.

Ken Hinkley’s men have hit a form spike following two consecutive wins in the last fortnight, including an intense one-point victory in Cairns over the in-form Saints last weekend.

The Bulldogs have been very disappointing this season despite being labelled a powerhouse club at the start of the year, only recording three wins from their opening seven games.

This weekend is an optimal time for the Power to get their revenge over the Bulldogs, as Tim English and Alex Keath will both still be sidelined by their hamstring injuries.

Charlie Dixon is looking to make a return to the SANFL this weekend, but a shock return to the seniors would give Port a huge advantage up forward.

Ollie Wines and Marcus Bontempelli are two very talented midfielders who have very different styles. Wines is a battering ram in the middle who gets the ball out of congestion, while Bontempelli is as skilful as anyone by foot and has started moving forward more often.

Bontempelli is one of a select few players who have played in every game this year and kicked a goal in each match, despite spending a majority of his time in the middle of the ground. The difference with Wines is he plays out of the centre most of the time, while ‘The Bont’ can move around the ground at will and still impact.

After being dragged through the mud in the media over the last month, the Power actually look alright around the ball and are starting to find their feet up the ground. Todd Marshall has stood up inside 50 for the Power and is starting to consistently hit the scoreboard, while Jeremy Finlayson and Mitch Georgiades are also in good nick. The Power will break even in the midfield and do enough up forward to overcome their 2021 preliminary final demons.

Ken Hinkley made a big move a few weeks ago when he sent the electric Connor Rozee into the midfield, where the young gun has collected 78 disposals across his last three games. Rozee was not impacting in the forward half, but his quick feet and high IQ are the perfect combination alongside the likes of Ollie Wines, Travis Boak and Willem Drew in the middle. The young star had 10 touches in the first quarter last week, so he is more than capable of finding the footy.

Pencil in the Power to notch up their third consecutive win this Friday night at Adelaide Oval, with Connor Rozee starring in midfield and Jeremy Finlayson kicking a couple of goals. Marcus Bontempelli is yet to go goalless this season, and we think that streak will continue.