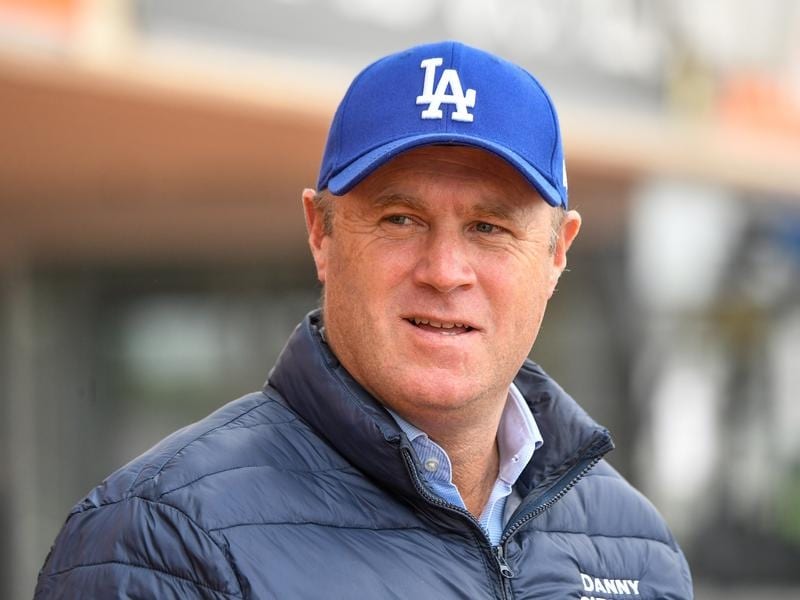 Melbourne Cup-winning trainer Danny O’Brien rates this year’s Winter Championship Series Final as a strong editional of the Listed race at Flemington but he is happy to be saddling up favourite Plein Ciel.

Plein Ciel has impressed in his two starts since joining O’Brien’s stable early this year, closing from back in the field for a narrow third over 1400m at Flemington in mid-May before chasing down Shot Of Irish to dead-heat for first over 1600m at The Valley on June 13.

Both those races have been in heats of the series and the gelding was the $4.60 favourite on Friday for Saturday’s Winter Championship Series Final (1600m) in which he faces a rematch with Shot Of Irish who shares the second line of betting at $5.50 in the capacity field with in-form Heptagon.

The winners of five of the six heats are among the acceptors.

O’Brien said Plein Ciel is a happy horse and his two runs this preparation suggest Saturday’s race is a good stakes target for him at this time of the year.

“We’ve been thrilled with him,” O’Brien said.

“He was very good first-up and he dead-heated the other day and I don’t think Moonee Valley is as suitable a track for him as Flemington.

“So I’m happy to get him back to Flemington, albeit I think it is a very strong race.

“It’s a really good edition of the Winter Championship Final and he’ll need to run well to win it.

“Staying at a mile is ideal for him and he’s going as well or better than he was going into Moonee Valley.”

Plein Ciel will again be ridden by Billy Egan whose book of five rides on the program also includes promising two-year-old gelding Cherry Tortoni who is favourite to make it three wins from as many starts in the Listed Taj Rossi Series Final (1600m).

O’Brien has Burleigh Boy in the same race against the Patrick Payne-trained Cherry Tortoni and while he admits he faces a task of turning the tables after finishing fourth to the favourite last start, he believes he has plenty of staying potential heading into his three-year-old season.

“He’s a horse that we really think is a nice stayer in the making,” O’Brien said.

“We’ve got him back for this little staying series they have for two-year-olds, so a mile second-up is perfect for him and then there’s an 1800-metre race for him two weeks after this. It’s all a nice progression for him.”