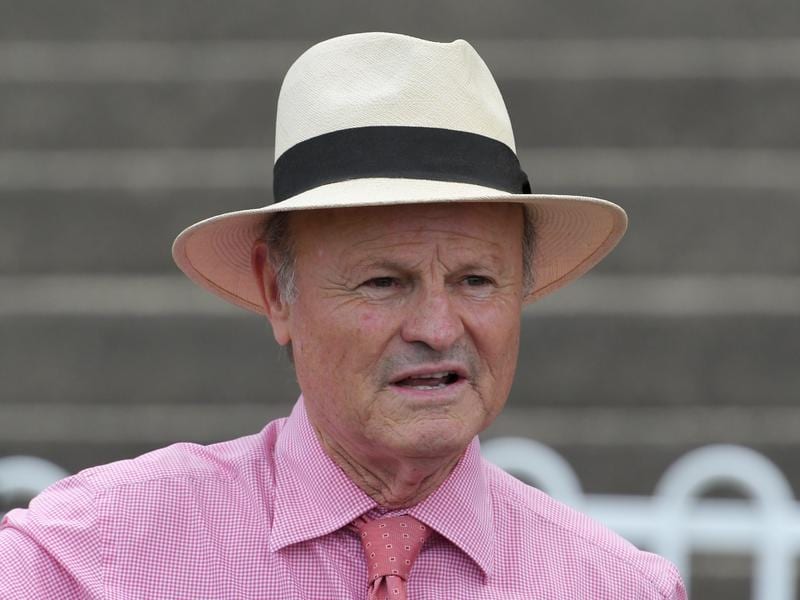 Bazooka will be out to continue in-form trainer David Payne’s late-season surge at Randwick.

A fact-finding mission this winter will help trainer David Payne determine if untapped youngster Bazooka has the wares to figure in the spring.

The horse kicks off his campaign in the opening race at Randwick on Saturday when he takes on older rivals.

It is not a perfect scenario but an important stepping stone to a 1400m two-year-old race in a fortnight that Payne views as key.

“There is a race coming up in a couple of weeks I want to run him in so he’s got to go around,” Payne said.

“I want to see how he has improved and then we will map a program for him.

Bazooka has shown promise in three mid-season starts, bumping into subsequent Group One placegetter Prague on debut and breaking his maiden two runs later on a heavy track.

Sandwiched in between was a luckless performance at Canterbury.

“He should have won his second start. He ran fifth out of five but he just couldn’t get a run anywhere and then he won his next start at Warwick Farm,” Payne said.

“He learned a bit in those runs. I think he is a very nice horse.”

Payne has continued Bazooka’s education with two recent barrier trials, the youngster ridden quietly in both before finishing off neatly.

They have given him a solid fitness foundation to tackle 1300 metres first-up on a heavy track, although he will be taking on several race-fit rivals including the highly-touted Travest.

Bazooka will be out to continue Payne’s late-season surge with the trainer landing a winning double at Warwick Farm two weeks ago and notching another midweek victory with Obvious Step at Kensington on Wednesday.

“We’ve only got 18 in work at the moment and we’re taking on the big stables so it has been good. Let’s hope it continues,” Payne said.